Over the past five months, Ethereum has noted strong performance metrics. In fact, in the first two months of the year, most of the market’s cryptocurrencies were caught in the throes of a parabolic rally. What followed, however, was a massive crash that erased months of accumulated gains. Despite such pullbacks, Ethereum seems to have come out strong as it sharply rebounded close to the $200-level.

While Bitcoin’s dominance stood pretty at 65.6%, it has been down by nearly 10 percent for the past one week, with Ethereum down by nearly 5 percent. Despite such movements, over the weekend, the world’s largest altcoin performed better than Bitcoin after it narrowly evaded retesting the $190 support, while Bitcoin did breach significant support, dropping below the $9,000-mark. And, as it did so, the volatility between the two crypto-assets declined. 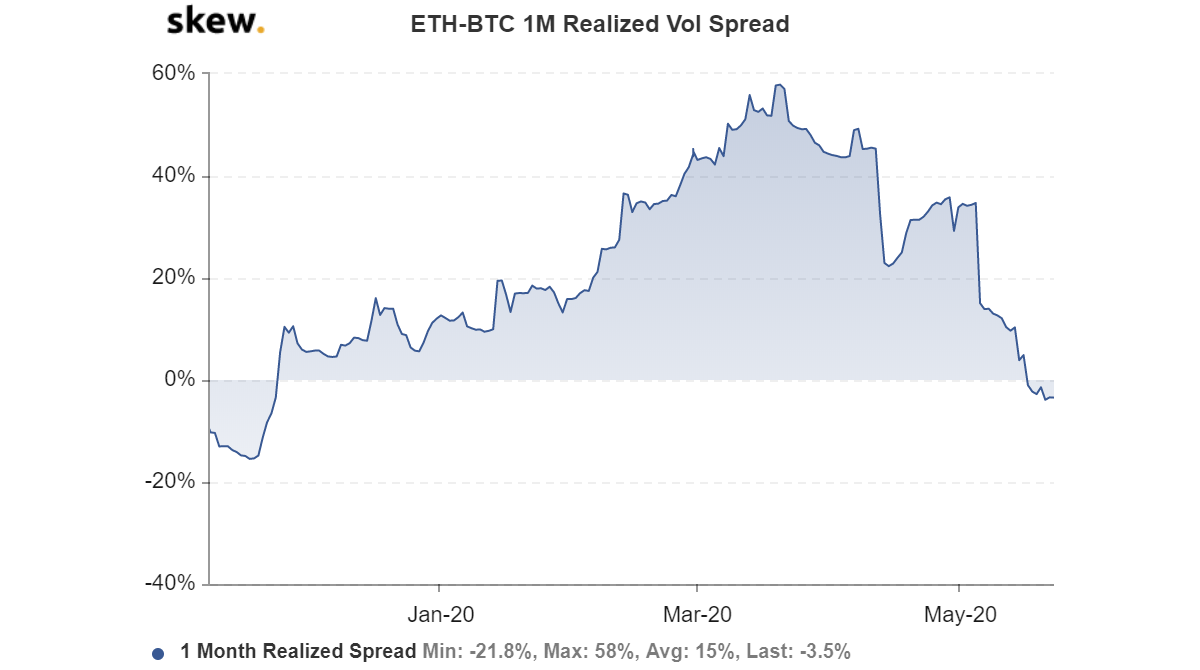 Catalyzed by fierce market trading, ETH-BTC’s six-month realized volatility spread had climbed to an all-new ATH of 21%, days before the brutal crash. This was the time when Ethereum noted severe fluctuations with respect to the price of Bitcoin. However, things have changed now.

There is low volatility in the market. And while Ethereum continued to perform better, it has started to correlate more with Bitcoin. This was evidenced by the spike in ETH-BTC’s realized correlation, a figure that stood at 88 percent, at the time of writing. 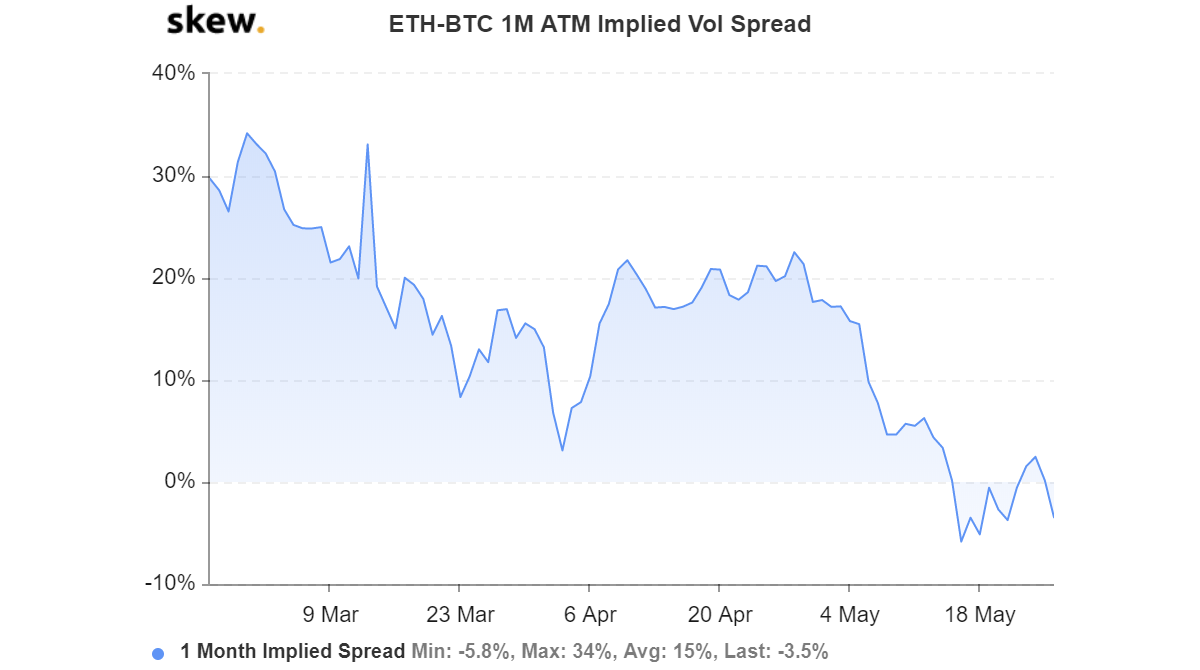 Further validating the decreasing volatility was the ETH-BTC one-month implied volatility [IV] spread. After a spike in implied volatility in the first week of this month, ETH appeared to be breaking its correlation with BTC. However, this trend too changed as the figures dropped to -3.5 percent.

Besides, things have been going well for the number two cryptocurrency in the market. Despite delays and missed deadlines with respect to the Ethereum 2.0 launch, small investors have not lost hope as this section of investors has been accumulating heartily.

Dogecoin, boosted by the likes of Elon Musk and Mark Cuban, rallied more than 110 per cent Friday, according...

“Bitcoin is dead,” proclaimed one prominent cryptocurrency investor in late 2018. The 18-year-old, Erik Finman, had become a BTC...