A senior analyst at RoboForex shares his insights into the future scenarios for Bitcoin, Ethereum, Litecoin, Bitcoin Cash and TRON price movement.

Dmitriy Gurkovskiy, a senior analyst at foreign exchange broker RoboForex, provides his vision of the possible tendencies in price changes for Bitcoin as well as for other major cryptos.

Cryptocurrencies continue correcting without making any significant movements. The major event for Bitcoin will be a breakout of $9,450, which may indicate further growth towards the local high. However, as long as the asset is moving below the resistance at $10,500, it’s too early to talk about the further uptrend. Bitcoin’s price has broken the ascending trendline to the downside for the first time: in most cases, the asset tests this line from below and then resumes falling. That’s why one shouldn’t exclude a possibility of another serious decline before the instrument resumes a stable bullish trend.

In the daily chart, Bitcoin continues trading below a very important resistance level. Like we said earlier, it was the first time during this growth when the asset broke the ascending trendline, which has acted as an excellent support level for a long time. Most likely, the bearish pressure is starting to increase and there are good chances to see a decline towards $6,400, where the instrument is expected to complete an Inverted Head & Shoulders reversal pattern. A signal to confirm this trading idea is a breakout of the support line at the RSI, which may indicate a potential fixation below $8,015. However, to cancel this bearish scenario, bulls must continue pushing the price upwards and fix it above $10,565. In this case, the asset may easily reach $13,862 or even higher. 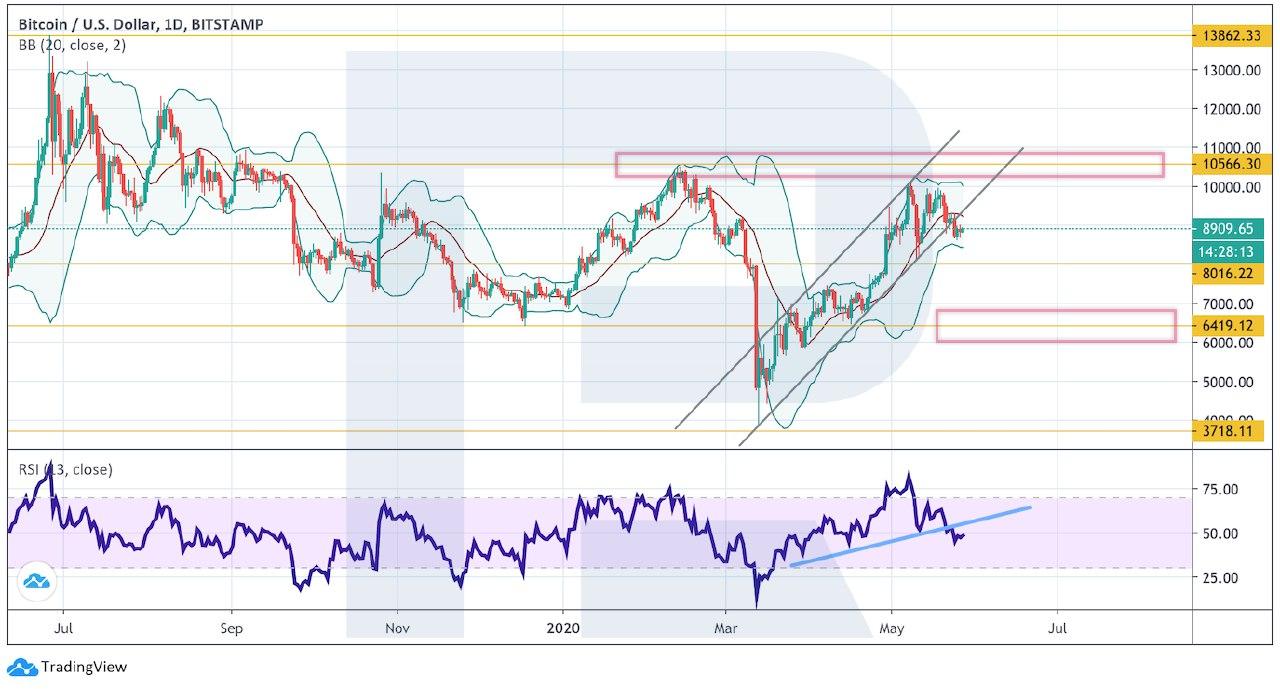 As we can see in the H4 chart, BTC/USD continues moving inside a Triangle pattern. In the short-term, the RSI may test the descending trendline once again, which may result in a rebound and further decline of the price. To confirm this idea, the price must break the support level and fix below $8,450, thus indicating a breakout of the Triangle’s downside border. However, this scenario may be canceled if the instrument breaks the pattern’s upside border and fixes above $9,950. In this case, the asset may continue growing and complete the pattern higher. 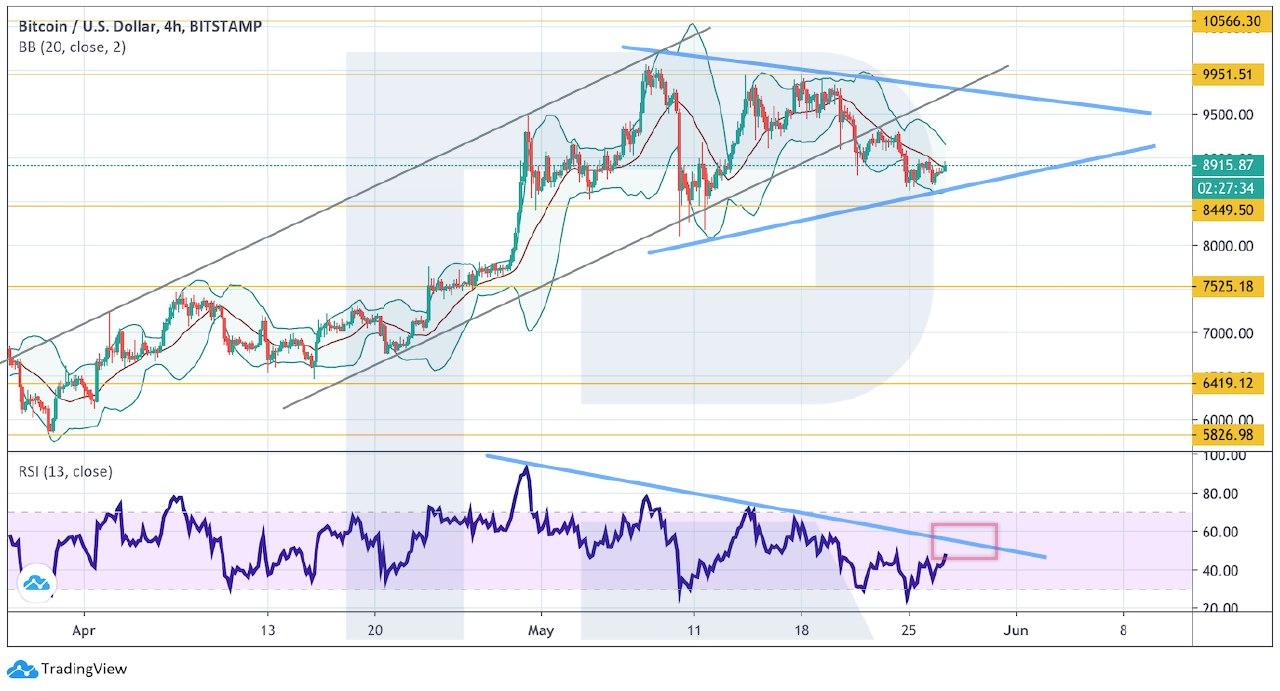 As we can see in the daily chart, Ethereum is still testing the middle band of the Bollinger Bands indicator. Here, there is a potential for the formation of a Double Top reversal patternю however, to confirm the pattern, the price must break the support level and fix below $173. Only after that, the asset may continue falling and form the pattern. A good signal in favor of this idea will be a breakout of the ascending trendline but bulls have been able to rebound from this line so far. That’s why, one should exclude another test of the resistance level at $220, after which the instrument may resume trading…