The larger cryptocurrency market, at the time of writing, had begun to recover following the losses incurred by the market’s cryptos towards the beginning of the week. This recovery was led by the world’s largest cryptocurrency, Bitcoin, and its surge was followed by altcoins noting prominent upticks of their own. 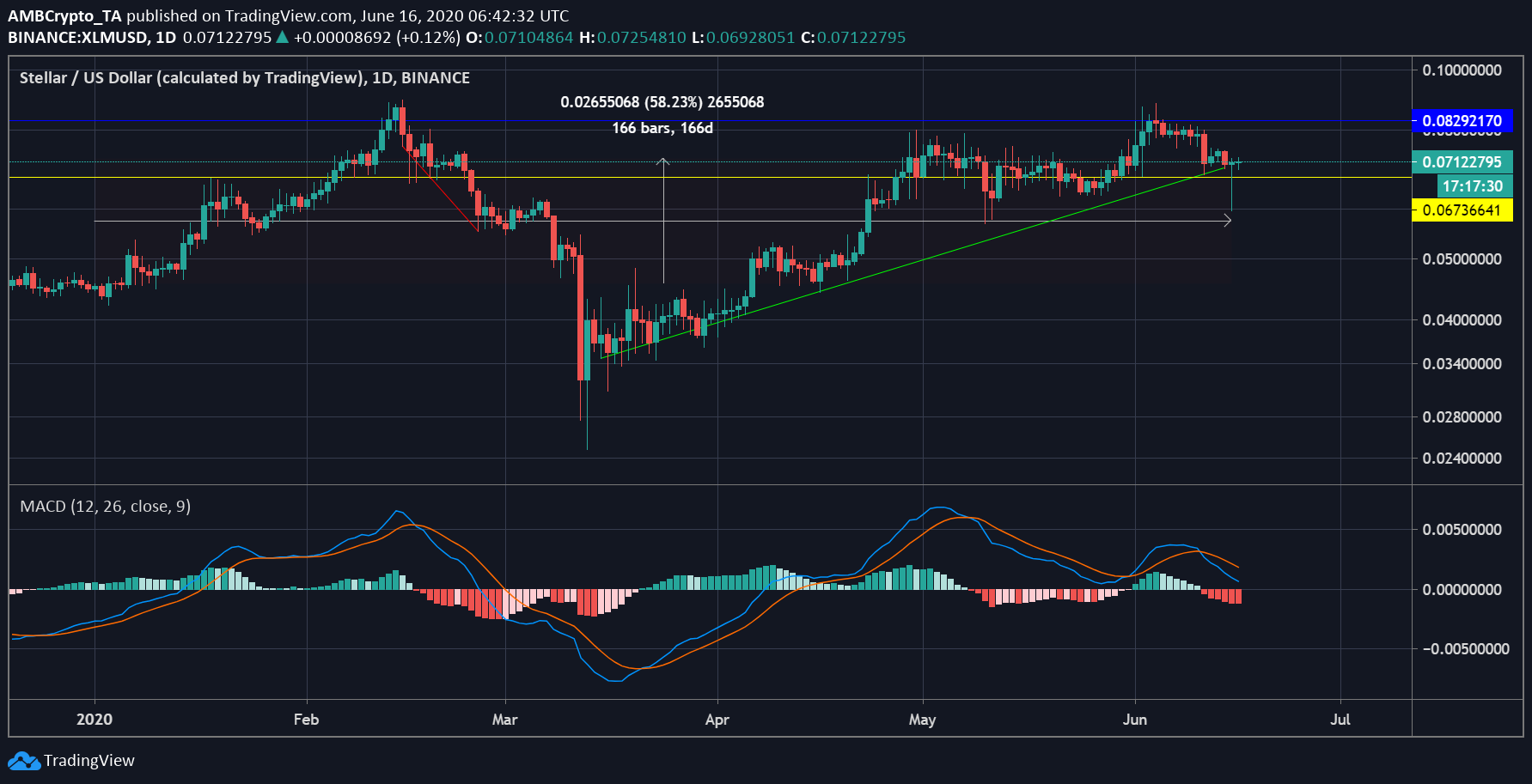 The thirteenth-largest coin on CoinMarketCap, XLM has been returning 58.23% since the beginning of the year. However, due to selling pressure in the market, there has been a push and pull between the buyers and sellers in the market. At press time, XLM was being traded at $0.0710, while its support was at $0.0673 and resistance was at $0.0829.

Meanwhile, the MACD indicator noted the MACD line was sliding under the signal line, indicating a change in traders’ trend. This could mean that the traders were selling the digital asset as XLM continued to be ruled over by the bears. 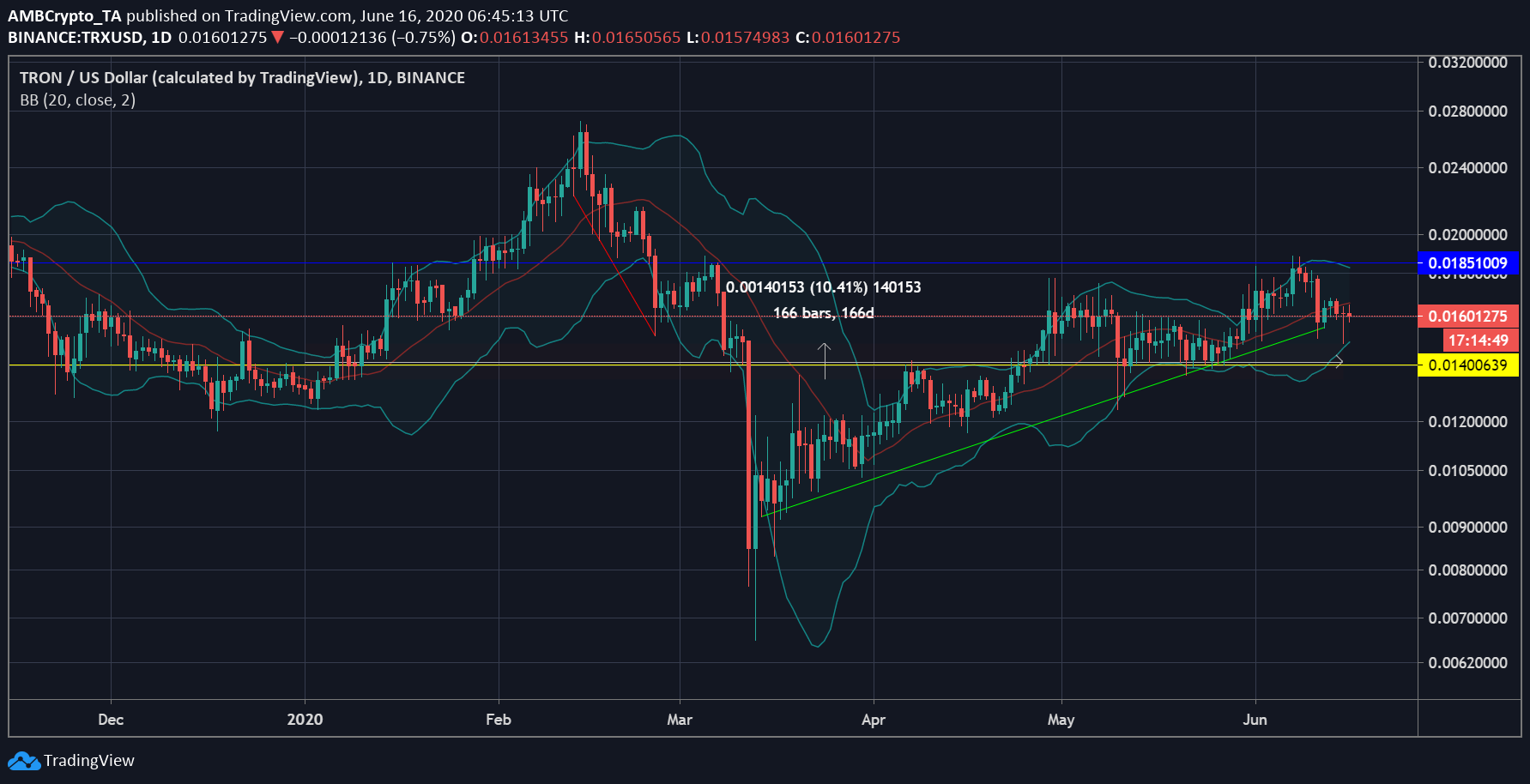 TRX was ranked seventeenth on CoinMarketCap’s list, with the crypto’s market cap close to $1.07 billion. Despite the constant hits taken by the coin, it was reporting a YTD of 10.41% and was holding its value at $0.0161. While the support was noted at $0.0140, its resistance was at $0.0185. Interestingly, due to a recent fall in prices, the market had opened up to some degree of volatility.

This was confirmed by the Bollinger bands as well, since they diverged to note growing volatility. The moving average, in the meantime, surged above the candlesticks, noting a bearish momentum.

Tron was in the news after recently, the community requested the founder and CEO of the Tron Foundation, Justin Sun, to push for an emoji for Tron for use on social media platforms like Twitter.

With a small market cap of $182.26 million, Decred was ranked at the 44th position on CoinMarketCap. As the coin noted a fifth consecutive red candle forming on the charts, the price had slumped to $15.688. As the coin’s price started to tumble, resistance was noted at $17.34, whereas the support was strong at $14.92.

However, looking at the Awesome Oscillator, it was observed that the coin’s momentum had turned bearish and was prepped for a significant change.

Your feedback is important to us!

Crypto investors ‘should be thanking China for this,’ says Anthony Pompliano

Wasting no time, crypto bulls already see last week's banishment of crypto trading by the Chinese government as a...

Opinion | Bitcoin, ‘Shang-Chi’ and ‘effeminate men’: Why all are subject to China’s

China declared all cryptocurrency transactions illegalFriday, trying to shut down its citizens’ use of digital currencies that operate free...