Cryptocurrencies could be finally waking up following an extended period of consolidation. Bitcoin, for instance, has been trading in a wide range between $9,000 and $10,000. However, the latest Bitcoin Stock-to-Flow Asset Model (A2FX) shared by PlanB shows that the price is on the verge of a breakout. The red dot on the S2F model places Bitcoin near term price above $10,000. 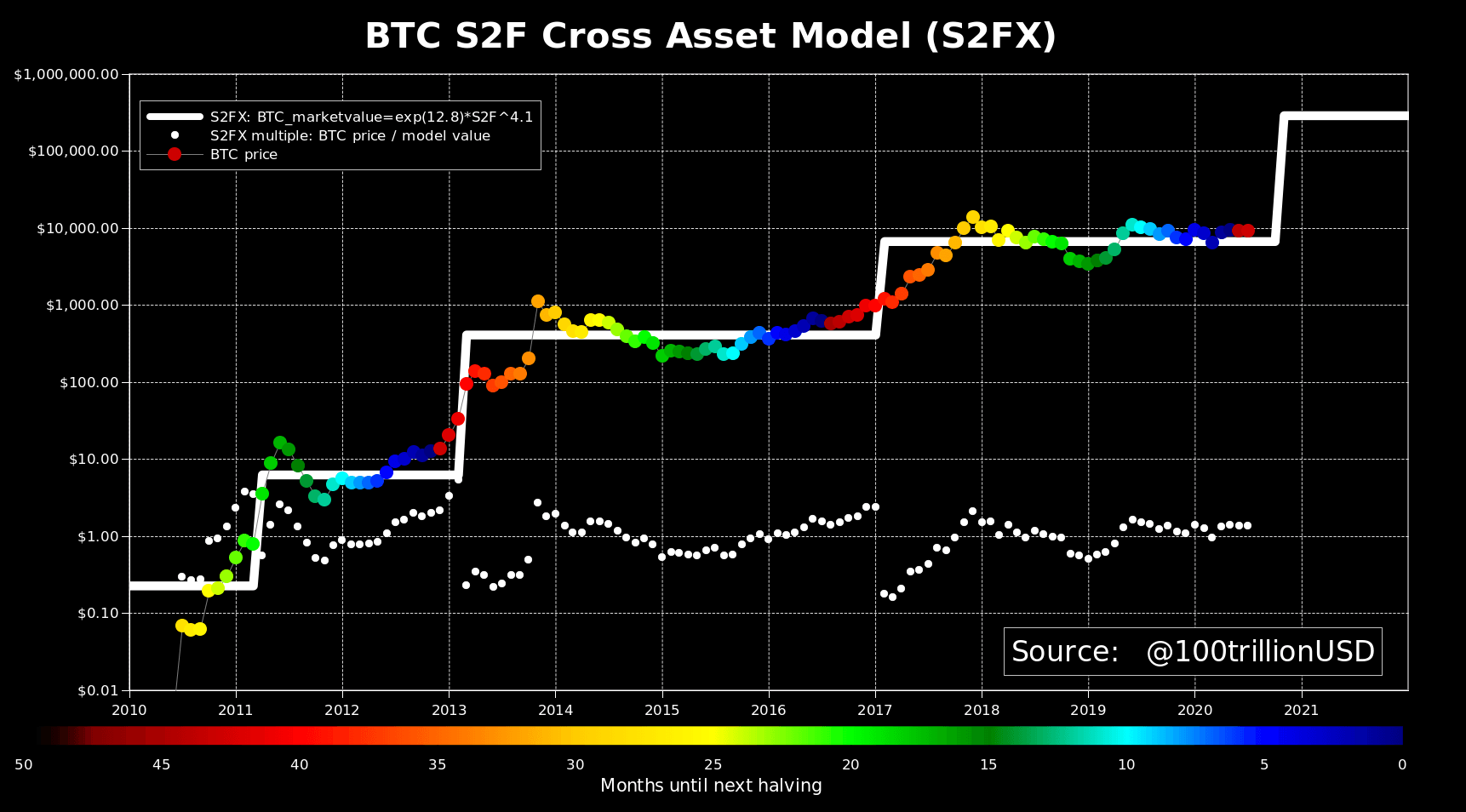 The ETH/USD trading pair is more than often used to signal incoming rally in the cryptocurrency market. At the time of writing, the price is trying to break above the long term symmetrical triangle resistance. Such a breakout could easily place BTC/USD on a trajectory towards 0.0300. Some hurdles expected along the way include April high at 0.0260 and 0.0270.

Bitcoin Cash has been on a consistent rise since the European session started. While other cryptos are struggling with detangling from the bearish traps that have held them hostage throughout June, BCH/USD has shown that gains are possible in a generally bearish market.

At the moment, BCH is teetering at $224 following over 1% in gains on the day. An intraday high has also been traded at $225 (marking a key resistance area). Further correction towards $230 would lead to a breakout above a rising triangle as observed on the chart below.

Bitcoin is also in the green, although slightly. Buyers have tried to take down every inch of the ground heading to $9,200, however, an intraday high has been formed at $9,190.31. BTC/USD has since adjusted to $9,170 (prevailing market value). The factors holding the bulls back include the bearish dominance, low volatility and low trading volume. However, according to the S2F model above, it is only a matter of time before Bitcoin resumes the journey towards $10,000.

Another U.S. county is facing troubles related to crypto mining activities within its territory. This time, the second-largest county...

Bitcoiners mining cryptocurrency at home this winter have been staving off freezing temperatures by putting them to good use...

AL-MUKALLA: Flaring battles in Yemen’s western province of Hodeidah have left dozens of fighters and civilians dead over the...