Is Bitcoin’s price being held back by herd mentality?


Over the past few years, Bitcoin has fought to be considered a safe-haven asset. While precious monetary metals like gold still dominate this category and are able to retain their value with low correlation to the financial markets, many are now turning to Bitcoin to fulfill the role that gold was accustomed to dominating. However, what determines the price action of Bitcoin? Are macro-variables in an economy the sole determinants of BTC’s price?

Interestingly, a recent study tried to look at cultural drivers that may have had an impact on Bitcoin’s price co-movement or correlation. The paper also tried to understand how various types of cultures may view concepts like price action differently. It noted that in “individualistic” cultures, “less herding behavior is expected than in collectivistic cultures.” It argued that Bitcoin’s correlation or co-movement is likely to see a decrease in economies that are “individualistic.”

“Accordingly, they may follow a Bitcoin benchmark price which they perceive as reliable because of its large market share, higher transparency, longer history, lower chance of exchange shutdowns, etc. Therefore, individualism should reduce Bitcoin price comovements.” 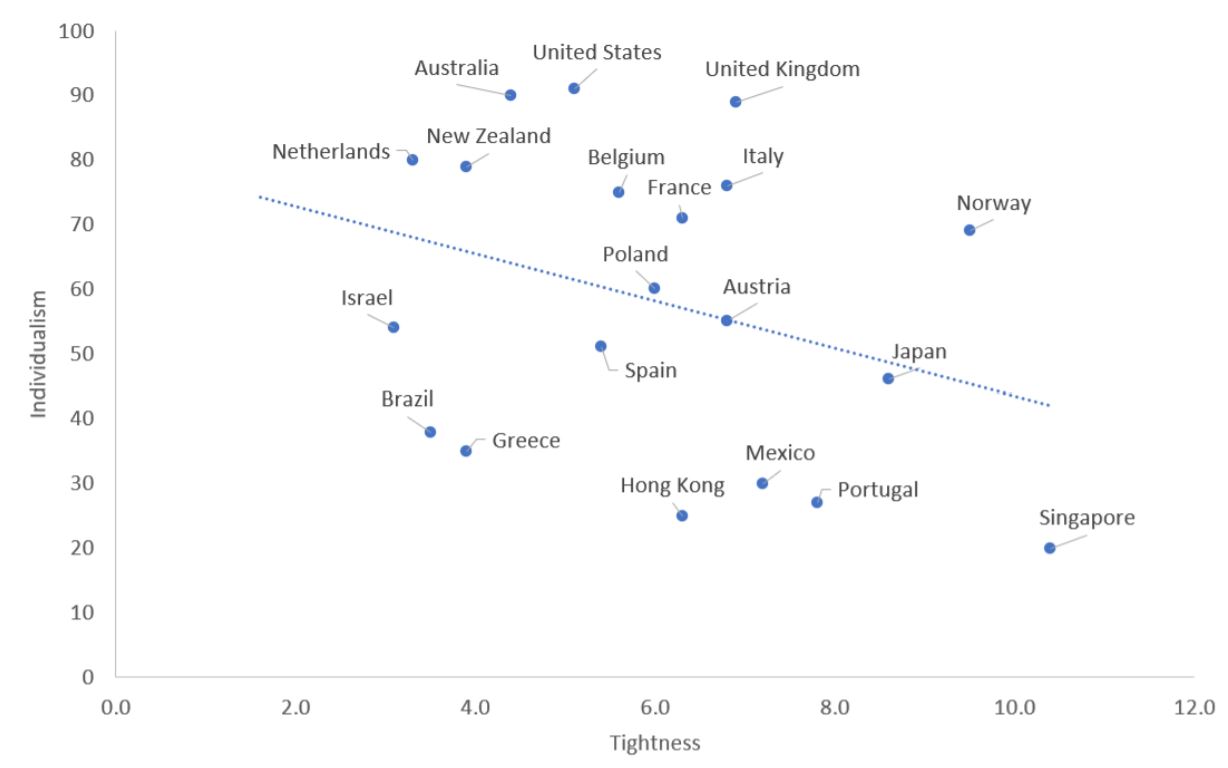 According to the paper, collectivism leads to higher Bitcoin price co-movements. It further argued that in the case of individuals in tighter societies, i.e. societies with greater rigidity, homogenous behavior is often found and enables higher BTC correlation, even with traditional markets.

The paper also looked at aspects like Bitcoin exchange shutdowns, arguing that societies and regions with a social organization that prioritizes collectivism are likely to be more risk-averse.

While the arguments presented in the paper are mostly hypothetical and driven by set parameters, the rift between individualistic societies and collectivistic ones is evident even when one looks at the reception innovations like crypto have received over the years. Countries that are more skeptical of such change were in many cases a lot more conservative in nature. India’s previous crypto ban can be considered to have exemplified this rift.

“We find that Bitcoin prices in tighter and more collectivistic societies are more likely to co-move. However, greater connectivity  between international Bitcoin exchanges in the form of financial openness reduces the impact of the cultural variables on the behaviour of investors and on Bitcoin price co-movements.”

However, over the past few months, Bitcoin’s price has shown that such assumptions based on cultural factors don’t hold ground in light of increased uncertainty in the global markets. Interestingly, thanks to the pandemic, 2020 has proven to be the year in which global markets unified collectively.

The 12 March price crash can be said to have been ‘herd behavior,’ but wasn’t really exclusive to any one region or one demographic, as per the…

Read more:Is Bitcoin’s price being held back by herd mentality?

Bitcoin is a digital currency and has recently doubled in price. But before trying to buy some, buyer beware....