Bitcoin Forecast: Likely to Look Towards Major Figure Above


Looking at this market, we continue to chop back and forth, and I think it is only a matter of time before we reach back towards that major area.

The bitcoin markets have rallied a bit during the trading session on Wednesday, breaking above the $9400 level. Ultimately, the market is likely to go looking towards the $10,000 level, an area that has offered significant resistance. That resistance barrier extends all the way to the $10,500 level, and I think that is a major barrier to overcome. If we can finally break above, there then Bitcoin can continue to rally rather significantly from that point.

In the meantime, I think that the 50 day EMA underneath offers plenty support as it has been crucial over the last week or so, and now sits right about the $9000 level which is also a large, round, psychologically significant figure. Looking at this market, we continue to chop back and forth, and I think it is only a matter of time before we reach back towards that major area. To the downside, we have the 50 day EMA underneath is the beginning of support that extends down to the 200 day EMA, near the $8500 level. If we were to break down below the $8500 level, then it is highly likely that we go looking towards the $8000 level, and then finally the $7000 level where the 50% Fibonacci retracement level sits.

Bitcoin may have gotten a little bit of a boost due to the fact that gold broke out against the US dollar during the trading session, showing that there is still a lot of greenback softness out there. After all, the Federal Reserve is flooding the markets with liquidity so that makes quite a bit of sense that it would push most assets higher, as commodity markets, in general, had a good day. As Bitcoin is a way that a lot of traders will get away from the US dollar, it makes sense that we have seen a little bit of bullish pressure. Having said that, we are still very much in the consolidation area that we have been in, so I think this all kind of lines for a nice continuation trend type of consolidation area. If we can break above there, then the market is likely that we go as high as $12,000, perhaps even higher than that. If we break down below the $7000 level it would be an absolute disaster for the Bitcoin market. I think choppiness continues to be a major issue. 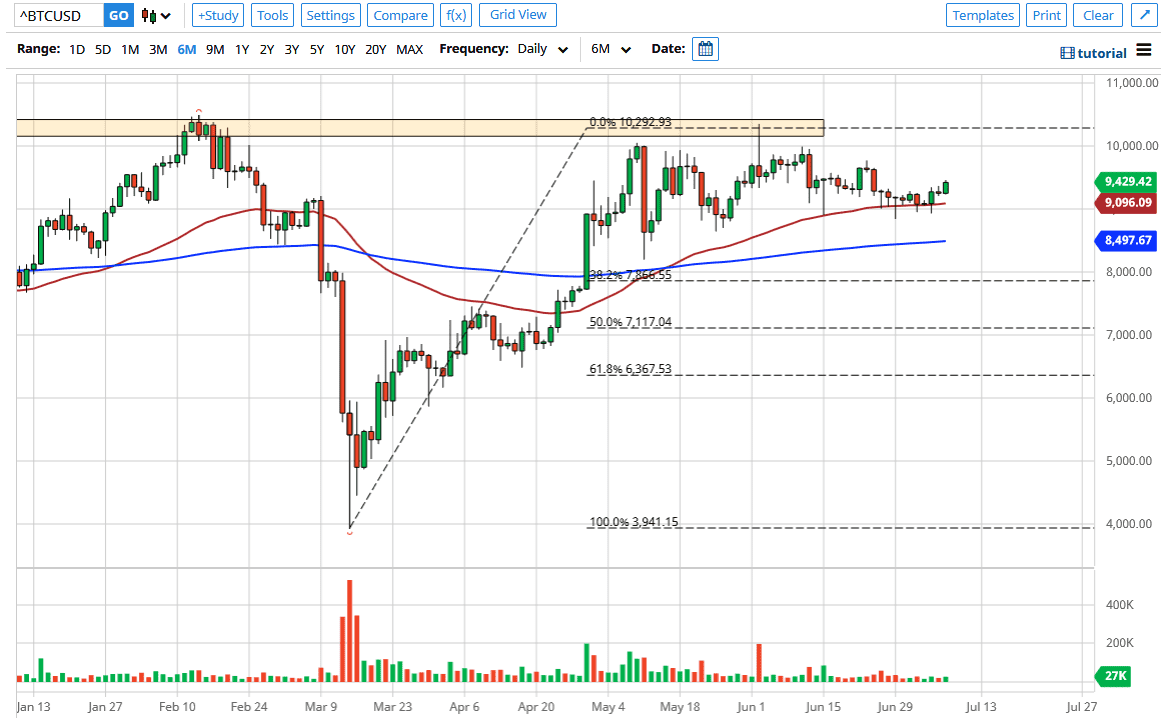 Read more:Bitcoin Forecast: Likely to Look Towards Major Figure Above

Bitcoin is gaining pace above the $60,000 zone against the US Dollar. BTC could accelerate higher towards the $65,000...