According to data from CoinMetrics, a sell-off on Bitstamp led the market-wide plunge of Bitcoin (BTC). The top cryptocurrency by market capitalization dropped $150 within seconds on the exchange, well below the average market price at the time.

“Today’s market drop was led by trade activity on Bitstamp, where Bitcoin’s price dropped $150 in seconds, well below the rest of the market.” 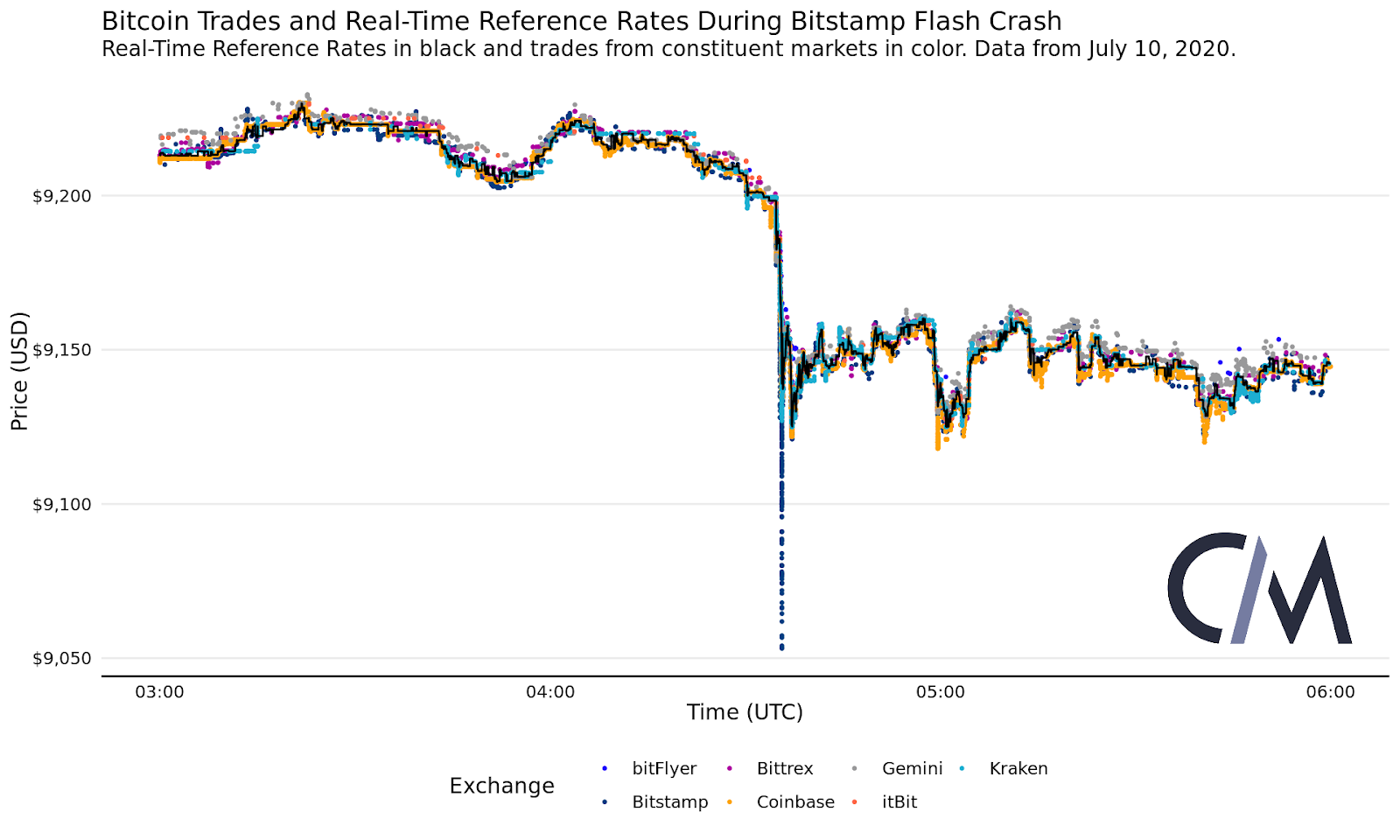 The price of Bitcoin drops lower on Bitstamp than other exchanges on July 10. Source: CoinMetrics

The sell-off on Bitstamp coincided with a sudden dump of BTC by miners. ByteTree shows miners sold 558 more BTC than they mined in the last 24 hours. This suggests that miners led the correction of Bitcoin on July 9, possibly trading on Bitstamp.

Miners have a significant impact on the Bitcoin exchange market

Miners are one of the two external sources of unmatched selling pressure on Bitcoin, as investor Willy Woo previously explained.

When miners begin to sell BTC — and the market does not immediately absorb the selling pressure — it can lead to an abrupt pullback. That is what likely happened on July 10 when the price of BTC dropped to around $9,100 from $9,400.

As miners started to sell a relatively large amount of Bitcoin for the first time in over a month, BTC saw a rapid, short-term price drop.

Miners sold off an unusually large amount of Bitcoin in the last 24 hours. Source: ByteTree

Although the sell-off primarily occurred on Bitstamp, the firm’s executive emphasized that it was not a flash crash. Hunter Merghart, head of U.S. operations at the exchange, said it was merely a normal market activity.

“Happy to see market moves analyzed but not sure a ~2% move should be called a flash crash. This is also how markets work, especially when an exchange doesn’t act as a market maker. We let our clients try to take advantage of arbitrage opportunities, not ourselves.”

Simply put, sellers on Bitstamp likely kickstarted the unexpected 2% price drop of Bitcoin followed by organic selling pressure from traders and clients on the exchange.

So what does it mean for BTC?

After the price of BTC dropped to around $9,110 across major exchanges, it rebounded quickly to above $9,200.

The swift rebound of Bitcoin might suggest that a sudden sell-off on Bitstamp — possibly by miners — triggered the drop. Based on the reaction of buyers in the $9,000 to $9,100 support area, the probability of a continued recovery of BTC price remains high.

If a one-off event caused a BTC drop to a level that presents significant liquidity for buyers, the probability of a strong reaction from bulls might increase.