The price retreated lower, breaking below all moving averages, including the 100 SMA (green), which had been providing solid support in 2018-19. Although, the price didn’t fall to far below that moving average and in April this year we saw a reversal and a climb back above the 100 SMA, after the crash in the previous months, as a result of the coronavirus outbreak.
The price moved above the 20 SMA (grey) and the 50 SMA (yellow), so buyers returned again. But, the price got stuck inside a range since April. The previous high at $10,500 was scaring buyers away, but sellers weren’t getting things in their hands, with lows only at $8,800, which was a sign that buyers were going to come back again at some point. 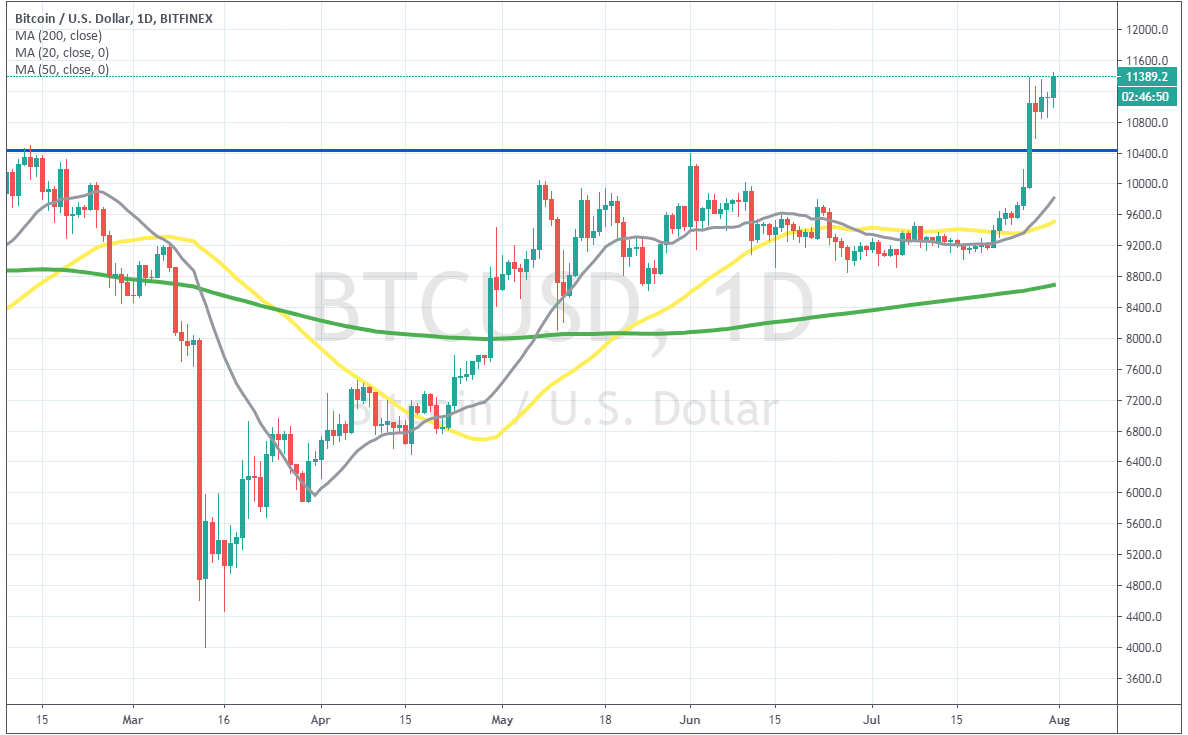 The next bullish leg is on for Bitcoin

That moment was on Monday this week, when Bitcoin made a decisive bullish move, climbing around $1,400 that day from the bottom to the top. So, the resistance at $10,500 was broken and Bitcoin is heading for last year’s high at $14,750. Bitcoin wasn’t pushing for new highs this week, but on Friday it seemed like buyers came back again and pushed above Friday’s high. So, the bullish momentum is on now and we will try to buy pullbacks, probably at $10,000.

As Bitcoin surges cryptocurrency investors are looking for the next golden goose, with one token in particular exploding in...

99% gone in 60 seconds: How a Polkadot trader may have crashed DOT futures

On March 5, Polkadot (DOT) experienced a flash crash at Binance perpetual futures which resulted in the contract trading...

Polkadot’s DOT went through a major flash crash on Binance’s COIN-margined futures platform which saw its price reduced to...

Gold Price Languishes as US Yields and Bitcoin Price Rebounds