Cointelegraph gives you five factors that could easily impact Bitcoin price action over the coming days.

More than usual, this week looks set to be big in terms of Bitcoin-specific market phenomena.

In recent months, there have been macro factors that dictate general price trajectory, with BTC/USD showing a strong correlation to stock markets in particular.

After two weeks of much more volatile activity, however, Bitcoin has decidedly divorced itself from the action in stocks. Analysts’ attention is now turning to Bitcoin’s own derivatives traders.

On Monday, CME Group’s Bitcoin futures opened noticeably lower than where they left off last Friday. The resulting “gap” in the market — between $11,450 and $11,600 — may well form a short-term price target.

As Cointelegraph often reports, Bitcoin has a tendency to rise or fall to “fill” CME futures gaps. Other than this weekend, however, another gap remains unfilled, this time much lower — between $9,660 and $9,930.

For Cointelegraph Markets analyst Michaël van de Poppe, the area $1,000 above the lower gap was now necessary to hold as support — $10,800.

“If we lose that support, then most likely I’m going to target the support we had previously which is the area around $10,000, which is also the CME gap,” he summarized in a new video update. 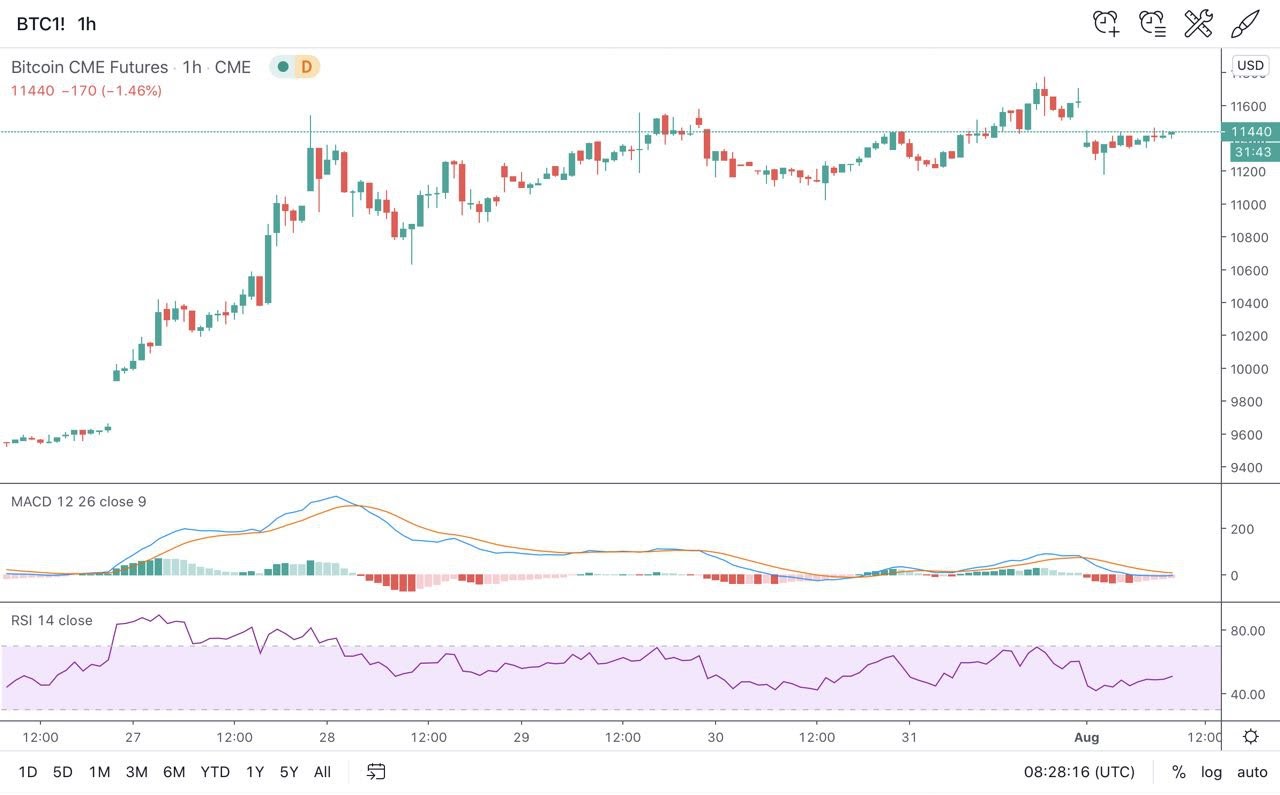 Warnings over US dollar’s downfall

At press time, with stock markets slowly opening up to relatively flat conditions, BTC/USD was yet to target new levels after sticking to $11,200 over the past 24 hours.

Changes in global economic sentiment still have considerable sway over Bitcoin investment. This week, attention will focus on the heat between the United States and China, along with fresh coronavirus stimulus measures from Washington.

The situation is precarious — Bitcoin’s rise over the past few weeks has come as the dollar sees a protracted fall. At the same time, investors have rushed into safe havens such as gold and silver.

Continued USD weakness may come to form a new bullish signal for Bitcoin price action, whether or not it is merely a function of coronavirus response.

“The currency bet is mainly a bet on relative control of the virus, not reflecting the fundamental strength of the economies in question,” Stephen Jen, CEO of United Kingdom macro investment firm Eurizon SLJ Capital, told Bloomberg.

One news story which may have much broader implications than merely social and political is U.S. President Donald Trump’s plan to ban Chinese social media platform TikTok.

The video-based platform has become the target of increasing conflict between Beijing and Washington, with Trump citing national security concerns due to its operations.

On Sunday, Cointelegraph reported on why banishing…

A report by CryptoCompare for the month of July has said there is a decline in trading activities and...

Interview: Investing With A Bitcoin Mindset

Watch This Episode On YouTubeListen To This Episode:For most investors, bitcoin is still just a hedge. It is a...

Bitcoin Is Failing Its First Inflation Test as Selloff Deepens

Bitcoin’s steep selloff is undercutting the argument made by the digital currency’s proponents that it’s an inflation hedge.The original...

Inside the ‘Wild West’ of cryptocurrencies and social media influencers