Discussions involving Gold and Bitcoin in the same sentence are never far from making the headlines.

Both the non-yielding assets have made significant strides in 2020 as the traditional stock market lost a bit of its credibility. With Bitcoin nearing $12,000 at the time of writing, Skew analysis suggested another ground-breaking development between the two supposedly Store-of-Value entity. 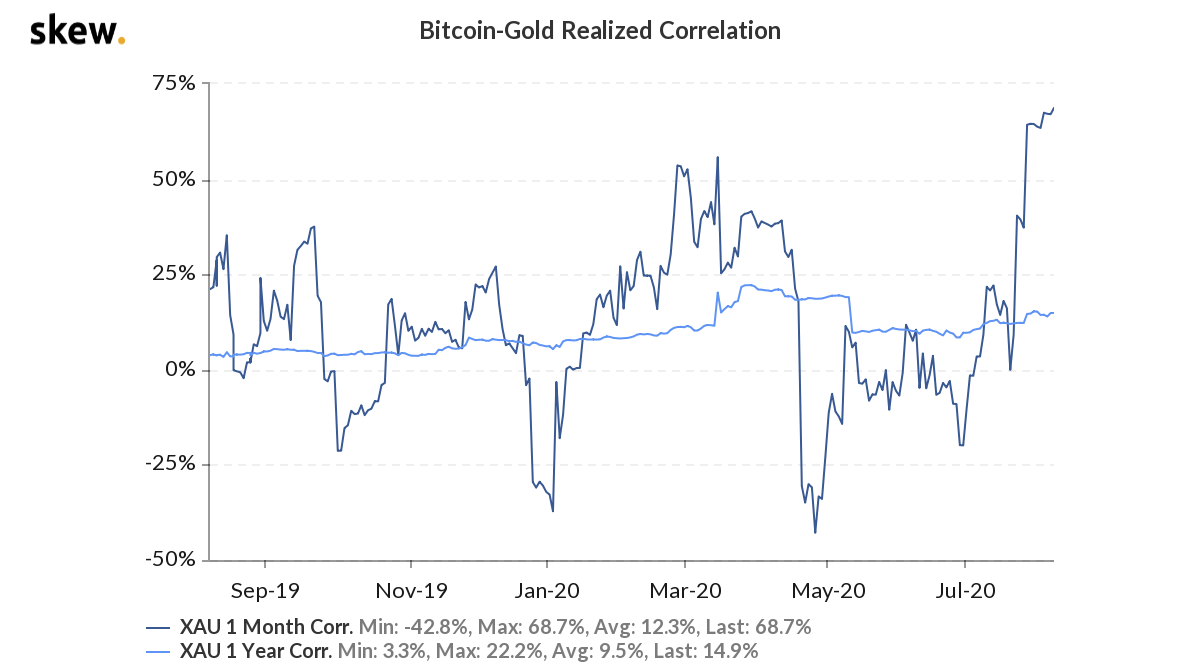 As illustrated in the above chart, Bitcoin and Gold’s 1-monthly correlation has reached an all-time high correlation of 68.7 percent. This should further tie up the functionality of Gold and Bitcoin but that might not be the case anymore, here’s why.

‘Shocking’ inflation numbers will fall back to earth and hurt reopening trades,

Crypto Week at a Glance: Altcoins outperform Bitcoin and Ethereum 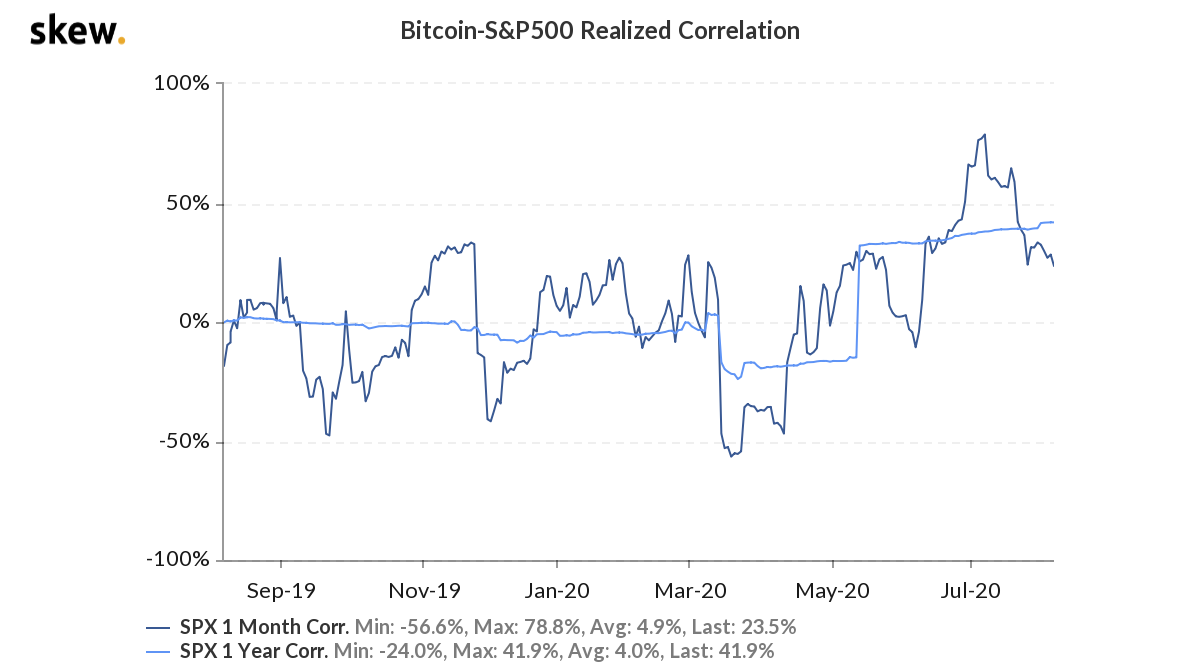 Before Gold-Bitcoin surmounted new heights, people were talking about the correlation factor between the S&P 500 and Bitcoin in July. On July 8th, the correlation between Gold and the equity reached 78.8% and people had started speculating that BTC is not exactly a digital form of gold. Tarnishing its credentials as a hedge against risky assets, speculators expected Bitcoin to be bullish only for the short term.

The situation has drastically changed now.

However, the rise in the correlation between Bitcoin and Gold possibly does not indicate market similarity as well. 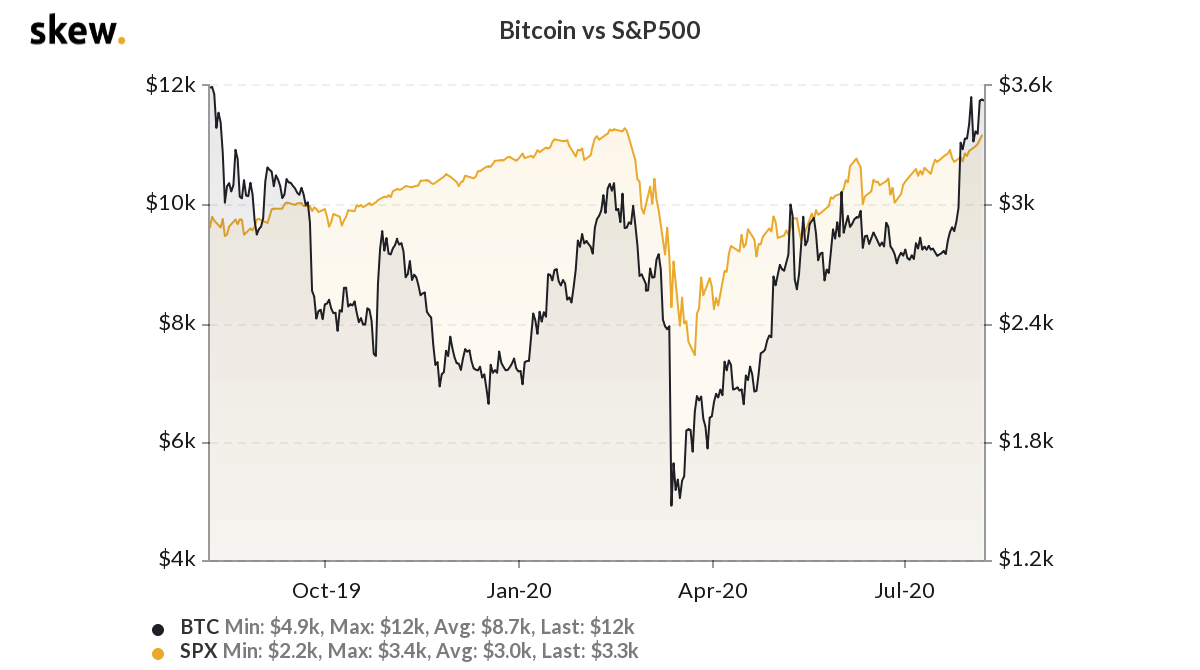 It is important to keep in mind that Gold has been consistently following its bull rise since the end of April. While the precious metal definitely adheres to its narrative of Safe-Haven, Bitcoin for a fact does not. The above chart is clear as day about Bitcoin’s irregular movement in the charts. For Bitcoin, certain other factor comes into play unlike Gold, where the only financial narrative sustaining any importance is its hedge against inflation.

For Bitcoin, the playing field is slowly changing. 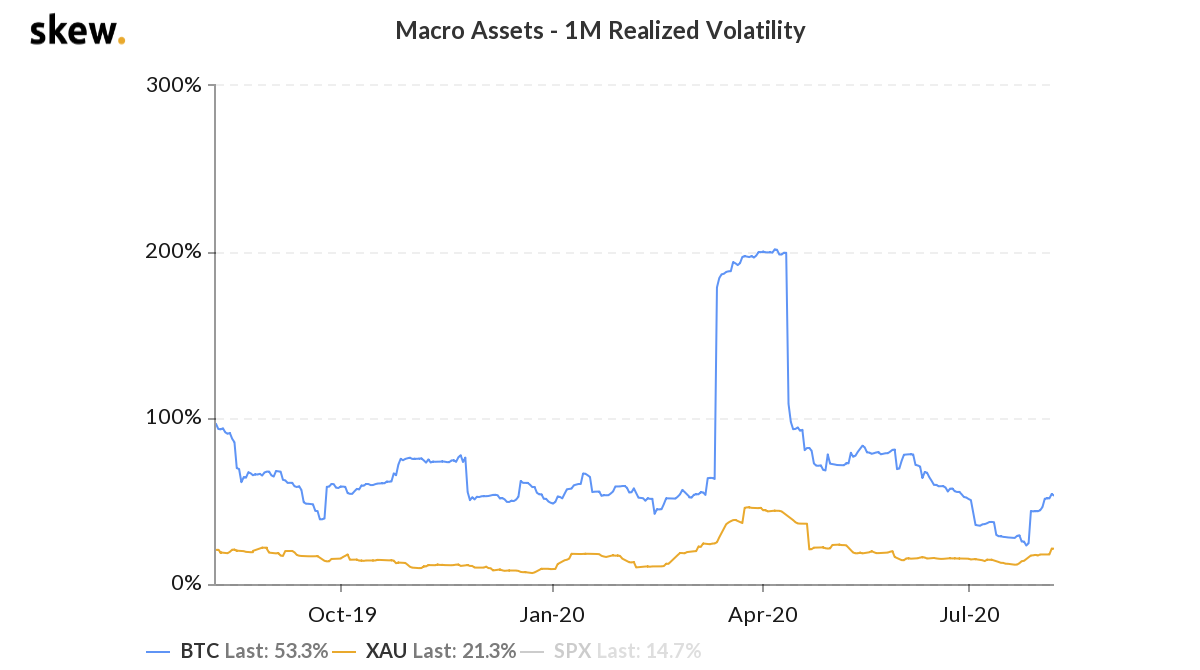 The 1-month volatility of Bitcoin and Gold is another example. While Gold’s chart hardly faces turbulence, Bitcoin’s volatility is a perfect example of consistent ebb and flow.

Therefore, it can be speculated that the rising correlation between Gold and Bitcoin might not detail in the correct geopolitical response adhered by both the assets.

‘Shocking’ inflation numbers will fall back to earth and hurt reopening trades,

Crypto Week at a Glance: Altcoins outperform Bitcoin and Ethereum

Showcasing an equivalent fight among bulls and bears, Altcoins took a dive last week but bounced back with a...

MUMBAI: As an asset class, cryptocurrencies have seen an exponential increase in global investor interest over the past year...

zeenews.india.com understands that your privacy is important to you and we are committed for being transparent about the technologies...

Jim Cramer: Be patient with bitcoin, approach the S&P with caution

CNBC's Jim Cramer is advising that investors who are searching for entry and exit points keep a close eye...