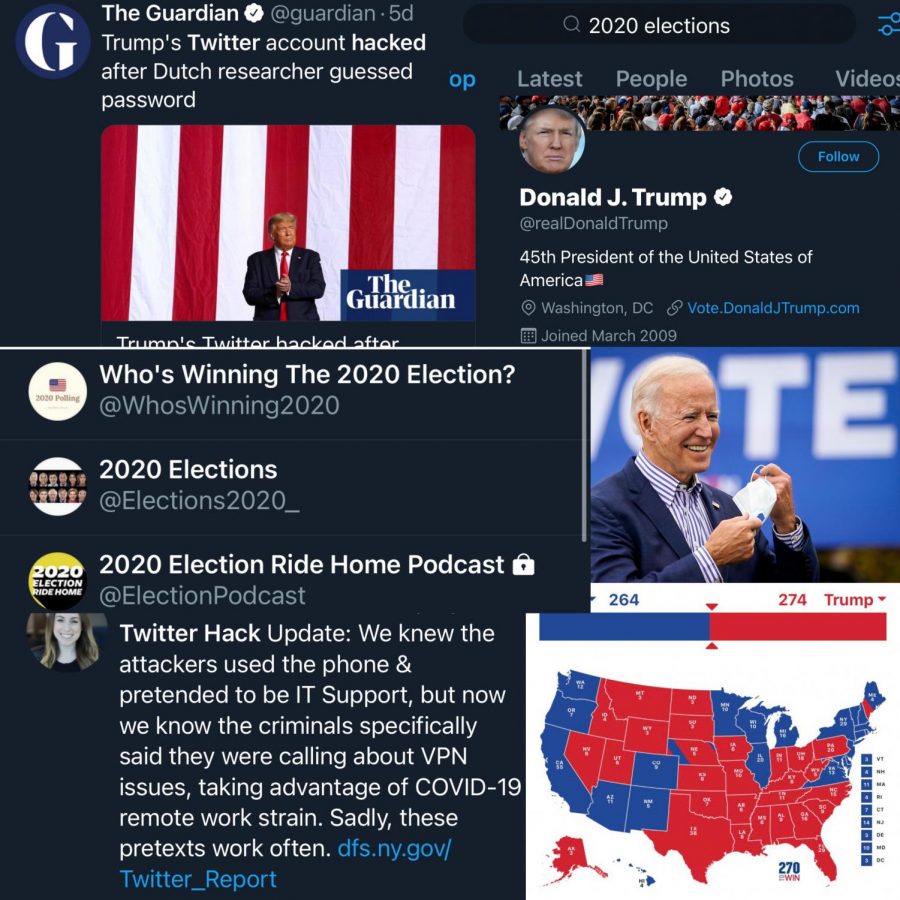 With Twitter’s reputation of being hacked numerous times, users can only hope that it will not greatly impact the information they receive through the app.

Twitter: a popular social media app used by not only teenagers but also famous celebrities. It is the final week before one of the most highly charged presidential elections in our nation’s history, which means people will be turning to Twitter to see not only the general public’s opinion on this topic but even the candidates speaking out about it.

Twitter, along with other social media apps have had their fair share of scandals. The app also has many disadvantages when it comes to finding reliable information.

340 million new tweets appear each day, and with the plethora of new tweets and the number of users that account holders follow, individual user tweets have the tendency to bury quickly and many tweets may go unseen by the audience it’s intended for. Twitter also has a character limit to its posts. Users must type tweets carefully, being they only have 140 characters to work with. In addition, while Twitter enables the posting of pictures, it’s limited when it comes to video posting. The app has 140 million active users, but there is always a small percentage of spammers. Twitter has many security measures for bots and spammers but they both still exist. Spammer’s tweets are usually easy to remove but are still a nuisance. Lastly, Twitter offers a direct message feature that allows users to speak privately to each other. However, Twitter enables users to send direct messages to only one other user at a time. This makes its messaging system inefficient when compared with other social networking and communication means. Users must be cautious of tweets that spread misinformation and understand that although it may be a very popular used social media app, not everything you read on the internet is true.

Looking at these disadvantages makes users suspicious of finding tweets involving this upcoming election, unsure if they are reliable. Twitter also had a massive hack in July, which brought much confusion.

The massive hack on this website on a Wednesday afternoon in July led to some of the most popular celebrities being blocked. This seemingly led to a cryptocurrency scam that may have netted upwards of $100,000 in a matter of minutes. Twitter, however, did not confirm how the block worked but appeared to only apply to accounts that were verified by Twitter. These verified accounts could still retweet existing tweets. Unverified accounts, on the other hand, were unbothered by this block and were able to tweet normally.

“Most accounts should be able to tweet again. As we continue to work…

What happens to Bitcoin‘s economics when it hits global scale? Is proof of work an efficient or inefficient use...

The spread of novel Corona Virus Disease (COVID-19) in Nigeria continues to record significant increases as the latest statistics...

The 12 Best Free and Open Source Apps for iPhone

While Apple's iOS is closed-source software, that doesn't mean that all the apps available for Apple's mobile platform are...