Today’s all-time high of Bitcoin came around $34,810 according to Coinbase.

While the world’s largest cryptocurrency continues to hit new all-time highs every day, the momentum had slowed down for a couple of days before launching from $30k to the new ATH.

In December of 2020, Bitcoin was making new ATHs by hitting multiple levels with moves of more than $1,000. But currently, the new high jumped a few thousand dollars.

It was on Dec. 31st that we first hit $29k and then yesterday we hit $30k only to soar overnight.

“Easy liquidity has helped bitcoin with an easier route to rally. But the current rally looks stretched and ripe for a fall,” said Sahil Kapoor, chief market strategist at Edelweiss Securities Ltd.

As we reported, for the fifth time in Bitcoin’s history the RSI weekly has also gone to 92. Moreover, the bitcoin/gold ratio has risen from 1.1 to 15 in recent months.

“Since both and bitcoin have a finite supply, the bitcoin/gold ratio gives us a sense about which of the two is currently overvalued. Data shows that the former is poised for a correction,” said Sugandha Sachdeva, VP of metals, energy, and currency research at Religare Broking Ltd.

While the market continues to hope and pray for a correction so that they can stack more stats, it is anyone’s guess if that pullback is even coming.

According to on-chain analyst Willy Woo, the Bitcoin market is seeing some serious and prolonged investor activity that has been unseen since the 2017 bull cycle. “Easily in the scale that bought the $5k->$9k COVID dip. This one is nearly as high, but much more sustained,” he noted.

From all the data coming in, the current price performance reflects more of the 2011-2013 market run than 2017. And this is why many analysts and traders feel we won’t be seeing any deep pullbacks, no more than 10% to 15%.

But many are still hoping for a good 25% to 30% sell-off in January. Now that pandemic is starting to fade some and liquidity becomes a little less plentiful, Miller Tabak Chief Market Strategist Matt Maley feels Bitcoin “could get clobbered like it has many other times in the past.”

However, the current market is seeing unprecedented institutional interest. These large investors are flocking towards BTC and away from the weak dollar thanks to ultracheap money pumped in by global central banks which also found their way into the digital asset.

The dip, however, is in the short term. In the long-term, the calls for BTC price go as high as $400k in the next few years and $1 million in the decade. 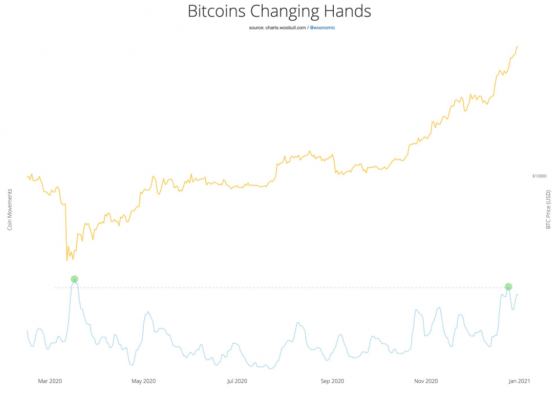 The rapid rise we’ve seen in the price of Bitcoin of late has been remarkable. Many have linked this...

Delta just offered a brave lesson in listening to customers, not tech | ZDNet

Bitcoin Cash Adoption: Is Roppongi (Tokyo) at a tipping point?