Bitcoin price has advanced more than 200% since mid-December 2020. Trading at $40,800, at the time of writing, the bull rally seems unstoppable as investors appear to have entered a state of FOMO. Regardless, a closer look into the pioneer cryptocurrency’s on-chain metrics shows it is approaching overbought territory.

Bitcoin price is in the vicinity of a market top

A Z-score above seven has historically indicated that flagship cryptocurrency is overvalued and has a high chance of reversal. At the moment, this on-chain metric is moving closer to the danger zone, hinting that a steep correction is underway. 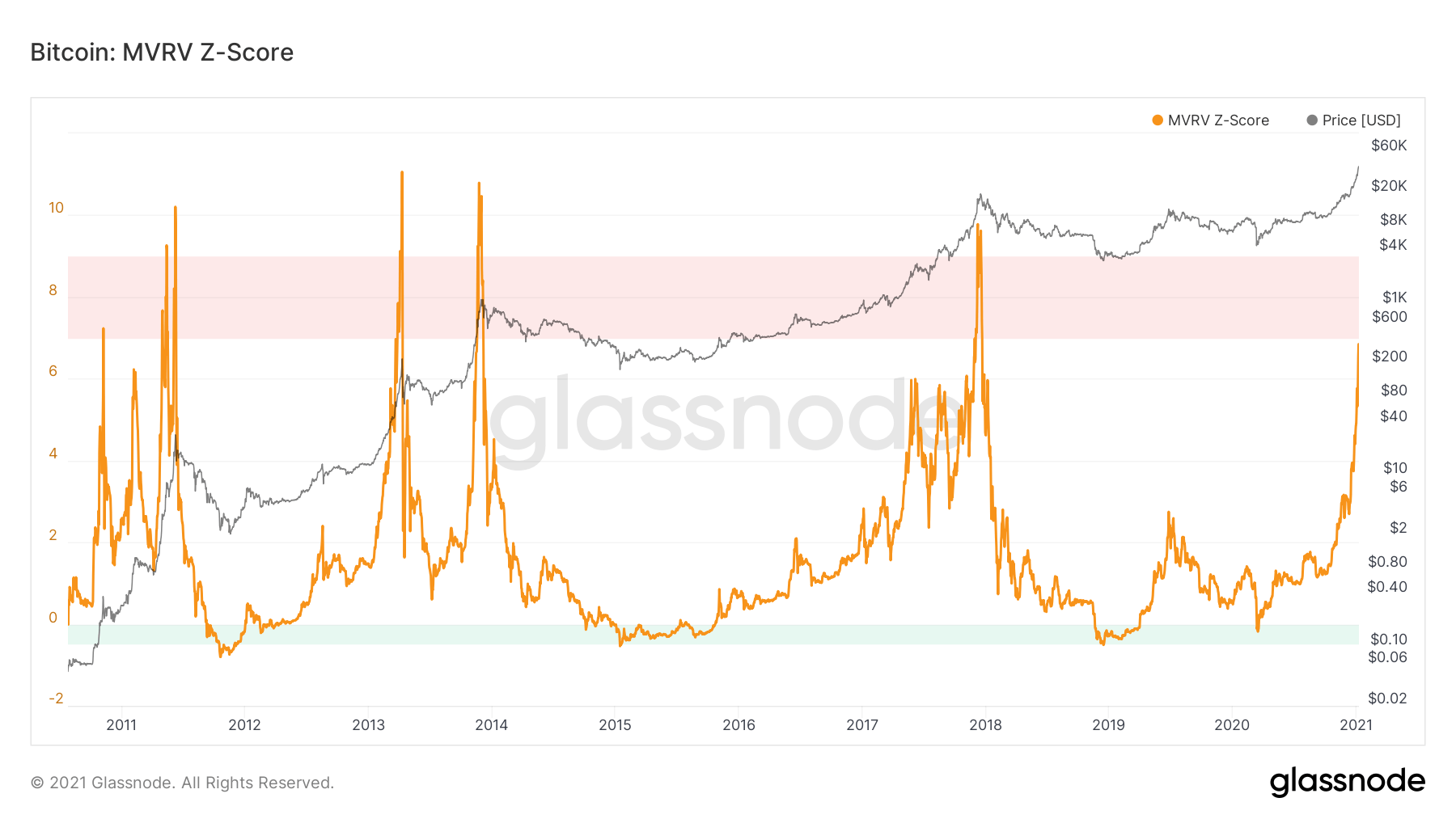 It is worth mentioning that during the 2013 and 2015 bull cycles, Bitcoin’s Z-score tore through the red band while prices advanced further. A similar market behavior occurred during the 2017 bull run, with the correction developing a month after the Z-score’s red band was breached.

Spent Output Profit Ratio [SOPR] is another on-chain metric that helps identify whether Bitcoin holders are in profit or a loss, thus anticipating a sell-off. If the SOPR metric is greater than 1, it implies that holders are in profit. Adjusted SOPR is a metric derived from SOPR by ignoring all the outputs in less than an hour.

A spike in aSOPR shows that holders are in profit. However, a closer look reveals that aSOPR hasn’t reset since late September. An eerily similar surge in aSOPR was observed starting in late September 2017, which resulted in the rally topping after three months. 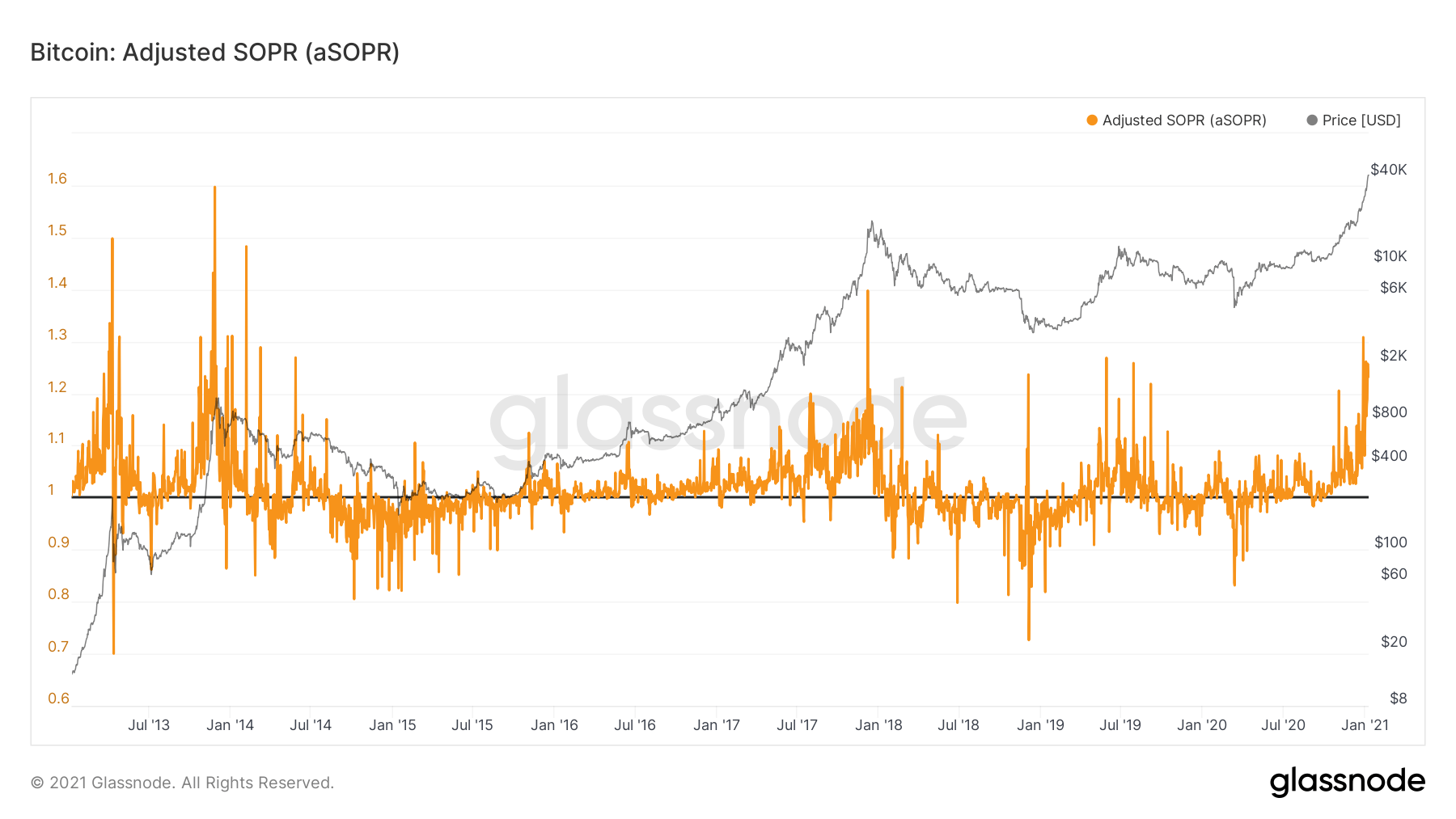 Liquid Supply Change is a metric that draws a picture of BTC flows to and from liquid holders. Liquid holders, in simple terms, represent addresses that tend to hold Bitcoin for a prolonged period. Based on this metric, when tokens are flowing to strong holders, the red histogram increases. Conversely, the spike in green histograms or receding red histograms has historically represented a reversal of bull rallies.

The red histograms show exhaustion signs at press time, indicating a reversal for the top crypto might be underway. In 2017, a similar spike in BTC moved to liquid holders happened, followed by the end of the bullish cycle and the beginning of a corrective period. 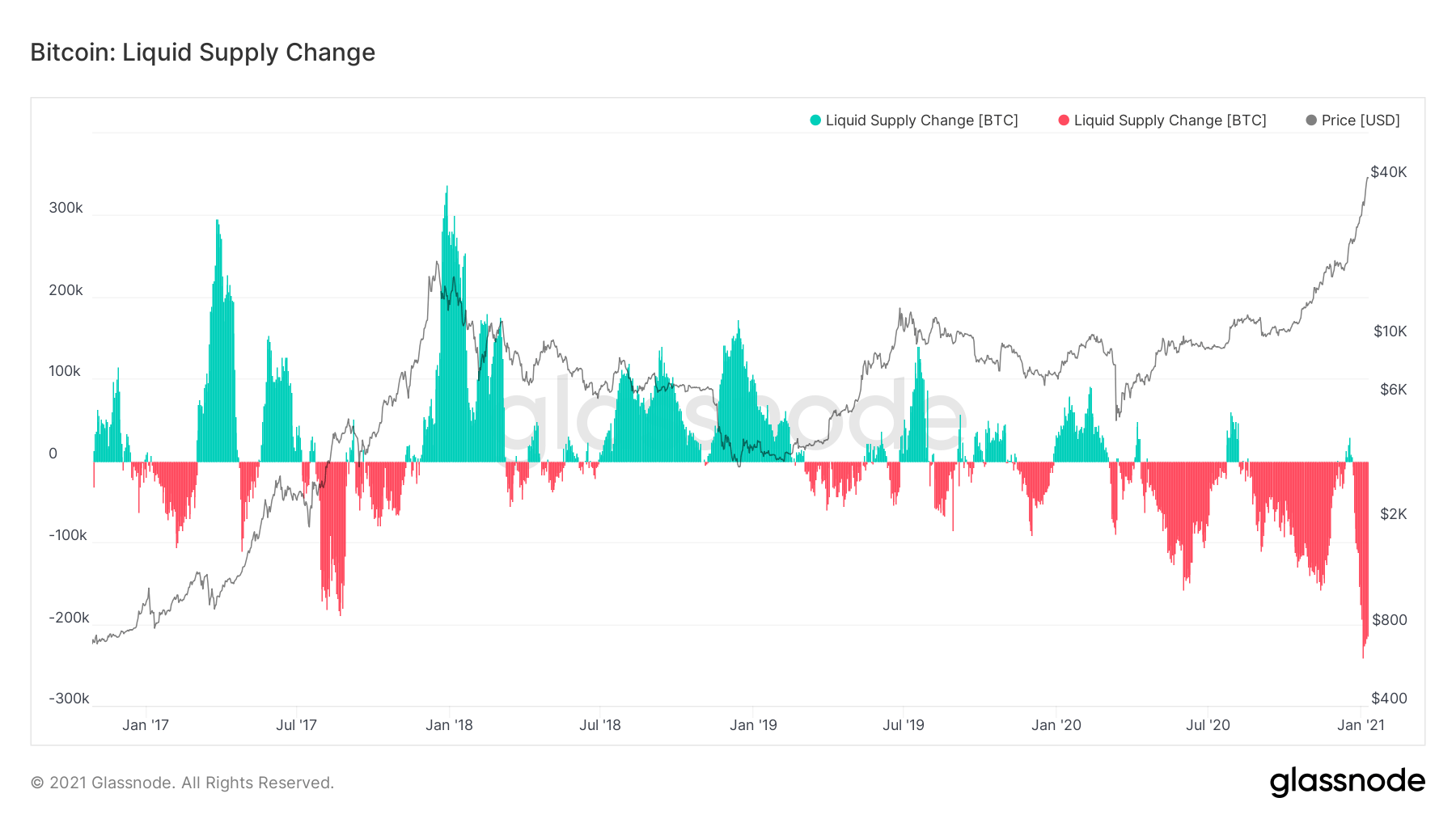 Moving Average Convergence Divergence is a technical indicator used to identify an asset’s overall trend. Since the indicator consists of moving averages of…

Blockchain startup SolidX Management has sued its former partner VanEck Securities Corporation of a breach of contract regarding a...

She prefers the telephone for technical reasons: “Phone sessions allow me to get into a more meditative state.” Its...