What is Polkadot? How to trade it? | TechBullion

When people hear Polkadot, they think about the DOT coin(Polkadot token). But what most people do not know, is that it’s not the coin that’s important here, It’s the network, the protocol, the blockchain behind the coin, this is what moves the coin and is responsible for the accelerated appreciation in its value.

Polkadot is a new generation blockchain protocol, developed by Ethereum co-founder Dr. Gavin Woods and his team. It aims to eradicate slow communication, in the blockchain network and facilitate data transfer across different blockchains. It plans to do this by bringing them all under one roof. 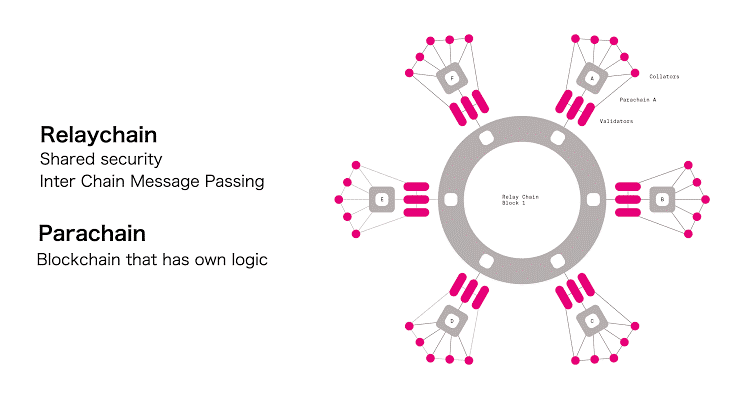 Relay chain: The heart of the polkadot network, it is the main communication hub between parachains and is responsible for the network’s shared security, consensus, and cross-chain interoperability.

Parachains: These are independent blockchains that will run on top of the Relay chain. Each parachain can have its own tokens and optimize its functionality for a specific use.

Parathreads: This is a more economical version of the parachain, similar to the parachain but is leased out for short periods of time for blockchains, that don’t need continuous connectivity to the network.

Bridges: Bridges will connect already running blockchains( such as BTC and ETH) to the polkadot network and allow the transfer of tokens between polkadot and outside networks.

Unlike other blockchains, polkadot is not trying to craft a niche that will rival or compete with the other cryptocurrency networks, rather it is trying to produce a safe, trusted easily deployable, and upgradeable environment, where different blockchains can link up and benefit from cooperation with each other.

The DOT coin is the main token of the polkadot network. First released in 2017 during polkadot’s ICO.  Polkadot saw a surge in value after it received a vote of confidence from Binance and was listed on its homepage. The DOT coin experienced a bullish run that propelled it to an all-time high of $19.32 on the 16th of January, generating an ROI of over 500% in less than 3 months. This pushed it to the 4th spot in the cryptocurrency ranking.

Currently, Polkadot ranks 6th in the cryptocurrency ranking has a market capitalization of over $17 billion and trades at $20.2 on Crypto-exchange Bityard( a price higher than it’s previous all-time high).

The price of the DOT coin is still expected to rise exponentially,  as multiple investors are interested in developing the polkadot network and different…

Read more:What is Polkadot? How to trade it? | TechBullion

Ethereum Classic was launched in 2015 after a direct fork from the original Ethereum blockchain. This digital currency has...

Michael Carroll is one of the most prominent winners of the UK national lottery. He came to the limelight...

Bitcoin mining is not just the process of putting new bitcoins into circulation, but it is also an important...

The retirement world has changed quite significantly. No, I am not saying that there are now more things to...

4 effective Cryptocurrency Trading tips that every trader must know.

Investors and traders are now aware of the fact that cryptocurrencies are becoming the most valuable digital asset after...