If you’ve been on Twitter at all over the past two or three years, you have probably noticed a lot of accounts talking about an apparent cryptocurrency giveaway scams being conducted by the richest man in the world namely Elon Musk. Now that Musk has officially been declared the richest person in the world, this has resulted in a new wave of scams many of which have involved verified accounts being hacked something that gives the scam a lot more legitimacy and makes people even more likely to believe in them than might have been the case otherwise.

The latest wave of this scam has resulted in over half a million dollars being stolen from various users. The nature of the scam is quite insidious, since it basically tells users that if they give the scammer a little bit of money they would end up getting ten times that money thanks to the investing strategies being put in place. Now, Elon Musk is one of the most famous people in the world. He is known for his extravagant wealth, and using his name makes it so that people might just be a little more inclined towards giving their money away since they would assume that someone like Musk is going to be responsible with it.

They Found a Way to Limit Big Tech’s Power: Using the Design of Bitcoin

Another verified account is being used to spread Musk themed scam: https://t.co/WLt3RaYvuI
Right now there is no legit tweet can be found from that account, only the scams…
The “Global News” name and profile image was seen being used here too: https://t.co/o7yyH202Da pic.twitter.com/3XLOBVSP8H

Anyway seriously, Twitter should have some policy for verified accounts like X time inactivity = account locked, only can login after verifying that who tries to login is the real owner & not some random skids.
5 years, like in this case, should be much more than enough for that. https://t.co/sIhqJ5fCP7

Another verified account is being used to spread Musk themed scam: https://t.co/2oy2pgEo4g
Last legit activity from the account was in 2018… pic.twitter.com/Ftf22bqNql

The only problem is that Musk has nothing to do with this scam, it’s only his name that’s being used for this sort of thing and the fact that verified accounts have been hacked is leading to a lot more losses this time around. The fact that this scam still manages to target so many victims is a sign that more people need to be educated about potential scams online to prevent them from having too much of an impact. 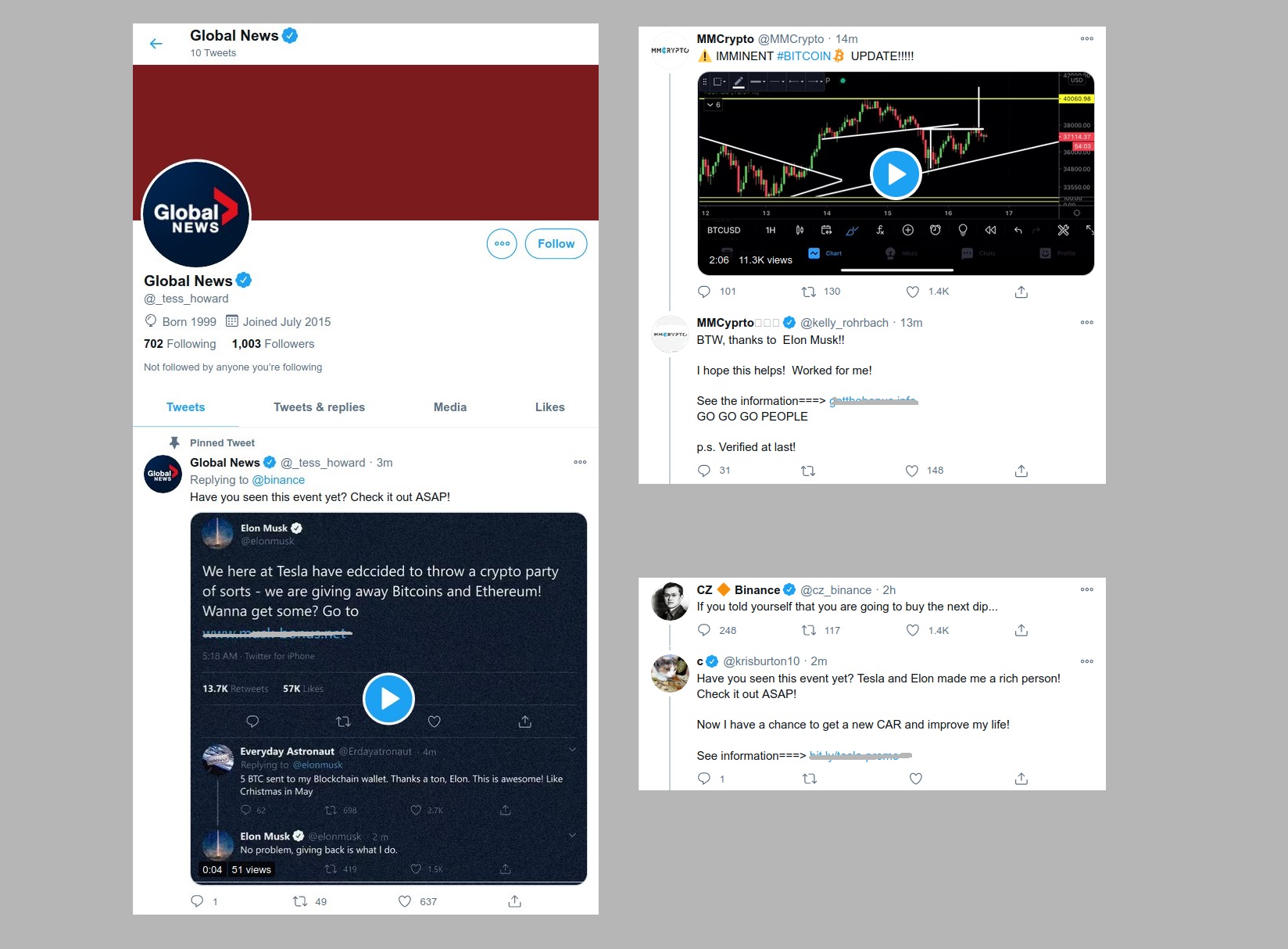 Read next: Report shows huge increase in the percentage of spam calls during the year 2020

They Found a Way to Limit Big Tech’s Power: Using the Design of Bitcoin

To hear more audio stories from publishers like The New York Times, download Audm for iPhone or Android.SAN FRANCISCO...

Her partner hid a neo-Nazi past and a cryptocurrency fortune. But she won’t stop

A B.C. woman is pressing police to solve the murder of her partner — a man with a fortune in cryptocurrency and...

Hacker allegedly posed as Apple Support to scam user out of $1,500 | AppleInsider

A Pennsylvania iPhone user claims that her call to Apple Support was intercepted by a hacker who proceeded to...

New Delhi: The ED has arrested a cryptocurrency trader in connection with its money laundering probe linked to an...

Ether Could Be Headed Higher After Update Coming This Summer

Satoshi’s 21 Million Mystery: One-Millionth of the Bitcoin Supply Cap Is Now Worth $1

Bitcoin’s other high price: The surging currency is leaving a massive carbon