Can crypto be taxed like gold? Is regulation the real threat to bitcoin’s $1 trillion 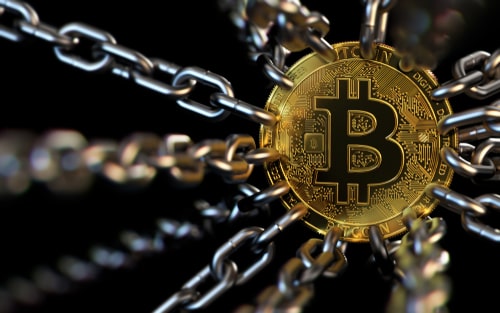 (Kitco News) As bitcoin continues to surprise with new milestones almost daily, are U.S. officials signaling that more regulation is coming, and is that a threat to this year’s massive price rally?

The crypto space has been all the rage so far this year, with bitcoin at its center.

Weighing on bitcoin were the latest comments from Tesla CEO Elon Musk, stating that prices “seem high” after the digital currency hit the latest new record.

But what about regulation? Could increased scrutiny from the U.S. officials trigger even a bigger selloff?

Recently, Treasury Secretary Janet Yellen has been speaking about the importance of bitcoin regulation while focusing on illicit financing risks. Yellen has also been referring to bitcoin as a very volatile and “highly speculative asset.”

“I think it’s important to make sure that it is not used as a vehicle for illicit transactions and that there’s investor protection. And so regulating institutions that deal in bitcoin, making sure that they adhere to their regulatory responsibilities, I think is certainly important,” Yellen told CNBC last week.

Earlier in February, Yellen told the Treasury’s innovation policy roundtable that the “misuse” of cryptocurrencies like bitcoin is “a growing problem.”

“I see the promise of these new technologies, but I also see the reality: cryptocurrencies have been used to launder the profits of online drug traffickers; they’ve been a tool to finance terrorism,” she said.

The existing oversight over bitcoin is a “patchwork of regulations” that varies from state to state, analysts told Kitco News.

Here is a quick breakdown:

• On the CFTC side, bitcoin has been declared a financial commodity, which means…

Read more:Can crypto be taxed like gold? Is regulation the real threat to bitcoin’s $1 trillion

It is just after midnight in Hong Kong, and Sam Bankman-Fried stares at the trading data on his six...

Illustration: Rahul AwasthiSynopsisCoinSwitch Kuber, ZebPay and WazirX are among the crypto exchanges that advertise prominently across platforms, capitalising on...

Revealed: the people who signed up to Magacoin Trump cryptocurrency

More than 1,000 people have so far signed up to the pro-Trump cryptocurrency magacoin, including conservative media personalities and...

No, Jackson Palmer, you are wrong about crypto

15 years ago, the social media application Twitter was launched. You might have heard of it, it’s pretty big....