India May Allow Experiments In Crypto Instead Of Ban, Says FM Sitharaman

The FM added that in the fintech space, India led the way and many countries are looking to emulate India’s fintech-based developments

Indian crypto stakeholders, who’ve been lobbying in support of positive regulation for crypto against an outright ban, have welcome Sitharaman’s recent statement 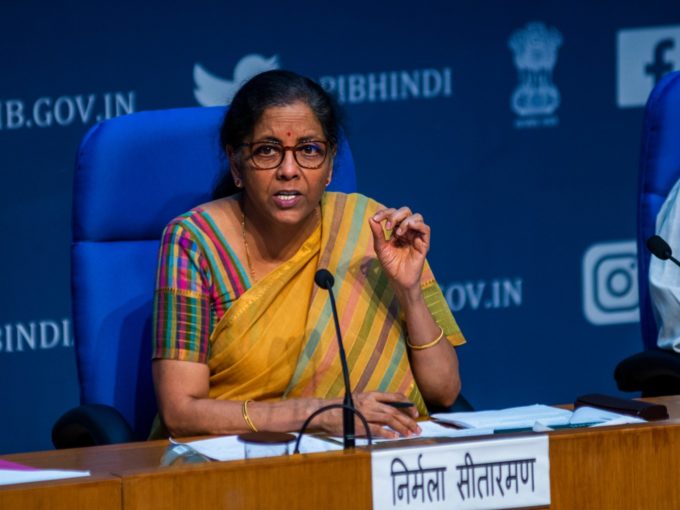 Suggesting that a blanket ban on cryptocurrency may not be on the cards, Finance Minister Nirmala Sitharaman said that the government is holding talks with the Reserve Bank of India and will take a very calibrated position on the matter.

Sitharaman added that as the world moves fast with technology, India can’t look the other way. The FM added that in the fintech space, India led the way and many countries are looking to emulate India’s fintech-based developments.

“We want to make sure there is a window available for all kinds of experiments which will have to take place in the crypto world. It is not as if we are going to look inwards and say we are not going to have any of this. There will be a very calibrated position,” the FM told CNBC-TV18.

In January, the Cryptocurrency and Regulation of Official Digital Currency Bill, 2021, was listed in the Lok Sabha bulletin. The bill has been slated for discussion and passing during the ongoing budget session of Parliament. The synopsis of the bill reads: “To create a facilitative framework for the creation of the official digital currency to be issued by the Reserve Bank of India. The bill also seeks to prohibit all private cryptocurrencies in India, however, it allows for certain exceptions to promote the underlying technology of cryptocurrency and its uses.”

Various source-based media reports last month had said that through the bill, the government is looking to ban all ‘private’ cryptocurrencies such as Bitcoin and Ethereum, i.e. those not issued by the state. The reports had suggested that crypto investors would be given a three-months transition period to exit the space. Some reports had also suggested that the government may bring in the bill as an ordinance, thus bypassing the debate on the bill in Parliament.

Indian crypto stakeholders, who’ve been lobbying in support of positive regulation for the sector against an outright ban, have welcomed Sitharaman’s recent statement.

Sumit Gupta, cofounder and CEO at CoinDCX said, “The FM’s stance on ‘considering a calibrated approach’ is an encouraging sign. We are a 100 plus staff company with some of the best talents emerging out of some of the premier institutes of India like IIT. We are a homegrown entity. Our products are made in India, catering to the appetite of the Indian masses. We care for them and the law of the land. Hence, we diligently follow KYC norms and adhere to regulatory practices.

“We have always reiterated the need for regulation,…

Read more:India May Allow Experiments In Crypto Instead Of Ban, Says FM Sitharaman

A Bipartisan Case For Bitcoin

A Bipartisan Case For Bitcoin

As the U.S. Senate approaches the finish line of the upcoming infrastructure deal, Coindesk has reported that congress is...

SINGAPORE: When Ms Goh joined cryptocurrency trading platform Torque — because some of her friends were on it —...

Bitcoin Miners Can Escape US Taxes by Mining Direct to IRAs