Bitcoin price pulls back after soaring to $61,000


The Australian dollar declined slightly even after strong economic data from China. According to the country’s statistics agency, retail sales jumped from 4.6% in January to 33.8% in February. This was better than the median estimate of 32.0% and was mostly because of the week-long Lunar new year celebrations. The industrial production increased from 7.3% to 35.1% while fixed asset investments rose from 2.9% to35.0%. Chinese numbers are important for the Aussie because of the vast amount of goods Australia sells to the country.

The Japanese yen weakened against the US dollar after weak machinery orders. According to the country’s statistics office, the core machinery orders declined by 4.5% in January after rising by 5.3% in December. The median estimate was for the orders to fall by 5.5%. On an annualised basis, the orders increased by 1.5% in January, lower than the previous 11.8%. This performance was because of the new wave of the virus and the government’s state of emergency.

The price of cryptocurrencies rallied during the weekend, with Bitcoin soaring to more than $61,000. This price action happened as demand rose following the recent passing of the $1.9 trillion stimulus package. Analysts say that a good number of recipients of the funds will buy cryptocurrencies. Also, the current low-interest-rate environment has helped. Bitcoin rose to $61,000 and some analysts now predict it will soar to $100,000 by the end of the year.

The AUD/USD pair declined to an intraday low of 0.7745 in early trading. On the hourly chart, this price is slightly below the yellow ascending trendline. It is also between the 23.6% and 38.2% Fibonacci retracement level. It has also moved slightly below the 25-day and 15-day exponential moving averages (EMA). The Relative Strength Index (RSI) has also started to decline. Therefore, the pair may continue falling as bears target the next key support at 0.7725. 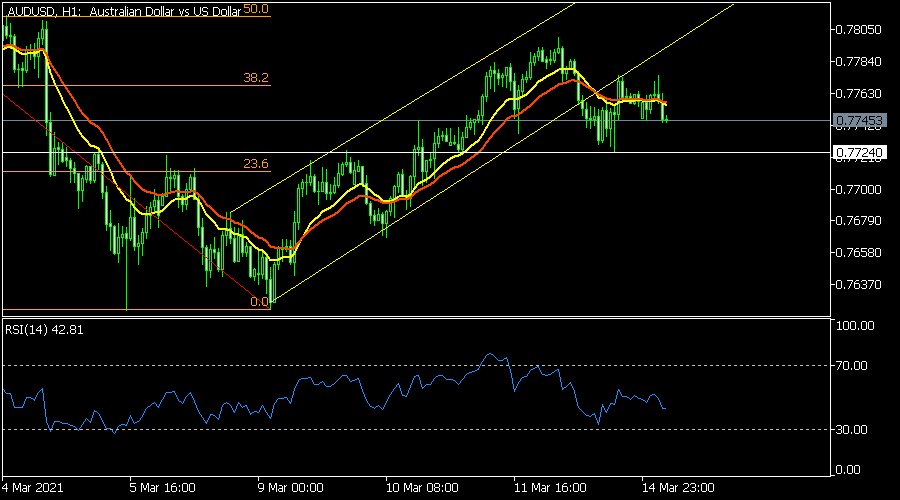 The XBR/USD pair rose to an intraday high of 69.45, which is the highest level since Thursday last week. On the four-hour chart, the price is slightly below last week’s high of 71.07. It is also slightly above the ascending trendline and the 15-day and 25-day exponential moving averages (EMA). The signal and main line of the MACD has remained above the neutral level. Also, the RSI has moved slightly below the overbought level. Therefore, the pair may continue rising as bulls attempt to retest the YTD high at 71.07. 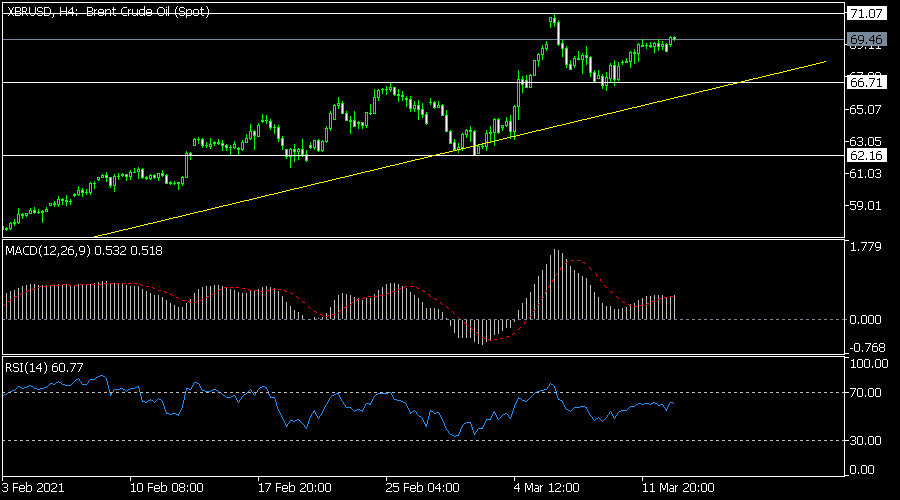 The EUR/USD hourly chart has a close resemblance to the AUD/USD. The pair is trading at 1.1950, which is slightly below the ascending yellow channel. It is also along the 25-day moving average while the Relative Strength Index (RSI) has moved to 50. The price is also slightly above the 23.6% Fibonacci retracement level. The pair may continue falling as bears target the next key support at 1.1910. 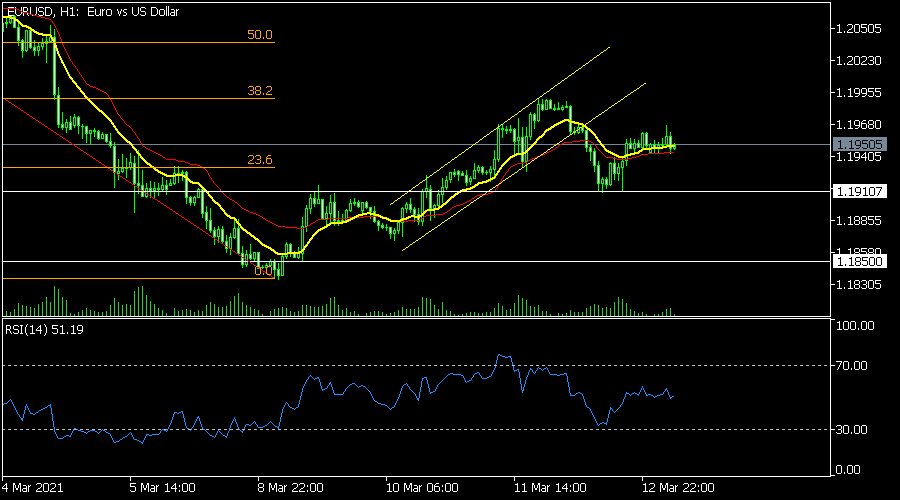 Read more:Bitcoin price pulls back after soaring to $61,000