Ingrid Hernvall was scrolling through Facebook when she saw exciting news.

It was a story — laid out just like an article in a proper newspaper — featuring two of Sweden’s biggest television personalities. The two men spoke of a fantastic new Bitcoin investment opportunity that was almost certain to make you rich. 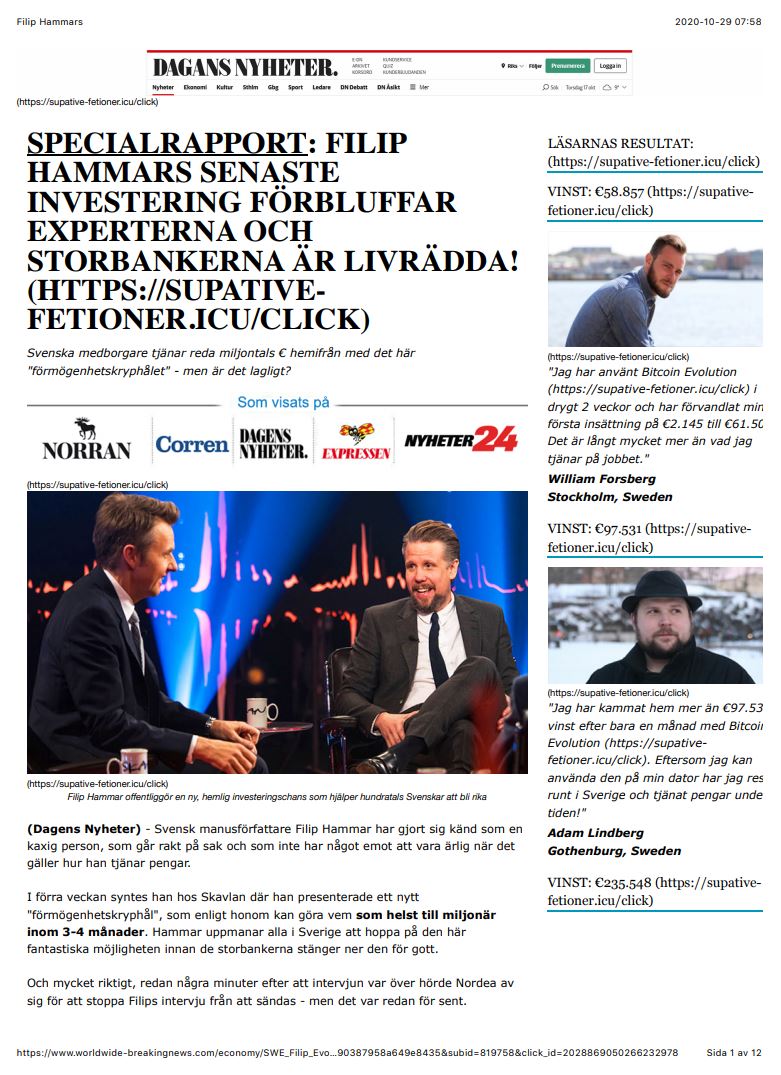 Her daughter had seen the same “article.” Both women trusted the TV stars, Fredrik Skavlan and Filip Hammar, and were intrigued by the prospect of making so much money. Hernvall, 57, is a ceramic artist in Stockholm, while her daughter had spent long stretches out of work due to illness.

When her daughter clicked through and quickly started to make money — at least virtually — Hernvall was convinced. She took the plunge and invested the proceeds of the sale of her house, which represented her life’s savings.

The “news story” she’d seen was one among hundreds of thousands of fabricated advertorials claiming celebrity endorsements of get-rich-quick schemes that do not exist.

Those drawn in by the familiar faces and promises of wealth are redirected to brokers. Some of these are licensed, but many are questionable, and in some cases they are downright criminal, harassing their victims until they agree to pay up.

This is what happened to Hernvall. Entering her contact information on a website earned her a call from a smooth-talking…