Are Long-Term Investors Good For Bitcoin? By DailyCoin 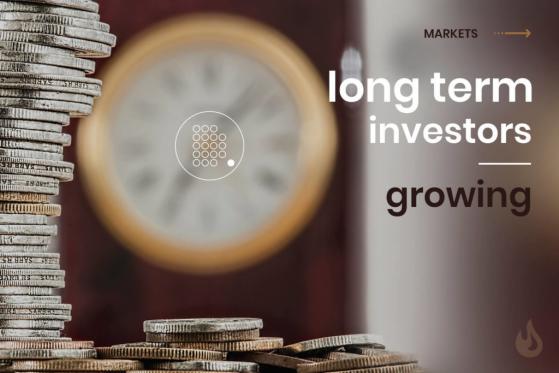 Are Long-Term Investors Good For Bitcoin?

Bitcoin’s progress in 2021 seems far from over. With the price of the cryptocurrency nearly doubling in the past 30 days, the coin has successfully entered its most prominent bull run, surpassing even the much-hyped surge of 2017. On March 13, reached a new all-time high of $61,895, marking the fourth breakout of 2021.

Data from a Glassnode report highlights reliance on Bitcoin is developing, with long-term holders (LTH) of Bitcoin not selling their positions for profits. This indicates that cryptocurrency is steadily establishing itself as a viable stronghold for many investors despite price volatility. As stated in the report, price volatility is a circumstance of short-term holders (STH) with wallet activity in the past six months who speculate on price activity to gain profits.

Bitcoin Is Becoming The Norm

As more stories and data emerge about how investors perceive Bitcoin, we can see that the cryptocurrency has overcome institutional scrutiny in some parts of the financial sector and is now looked at from a different perspective. In 2017, Bitcoin received criticisms about its high volatility and increased risk for investors. However, in 2021, institutions have shifted their focus toward Bitcoin and framed it as a currency with high investment potential. Its volatility has decreased in the past year due to an influx of sturdy investors that recognize Bitcoin for its long-term investment value.

The price of Bitcoin has surged in the past three months, but retail investors have had little to do with its steep incline. Retail or short-term holders affect the price of Bitcoin by adding volume; however, with more businesses accepting Bitcoin as a form of payment, the coin’s intrinsic value increases. More significantly, several institutions and multinational companies such as Tesla (NASDAQ:), Microstrategy (NASDAQ:), and even PayPal have staked their claim toward the juggernaut currency and publicly asserted the coin’s utility by investing millions of dollars.

Visa’s CEO claimed, “Bitcoin could become mainstream,” reinforcing the currency’s status as a fundamental store of value for future investors. And his case is relevant, as Bitcoin purchases have skyrocketed in the past three months. According to a Glassnode report, 95% of all Bitcoin purchases have been made in the last three months. While short-term holders judge Bitcoin by its capacity to generate quick profits, long-term traders are still in the process of accumulating more BTC and are reluctant to sell their existing holdings.

Institutional investors, such as Tesla and other multinational companies, do not show signs of selling during the dip. As a report by Glassnode indicates, Bitcoin has convinced investors of its possible long-term profits; they are not selling despite the coin’s dip in price. Thus, investor behavior is shifting in favor of Bitcoin. Large…