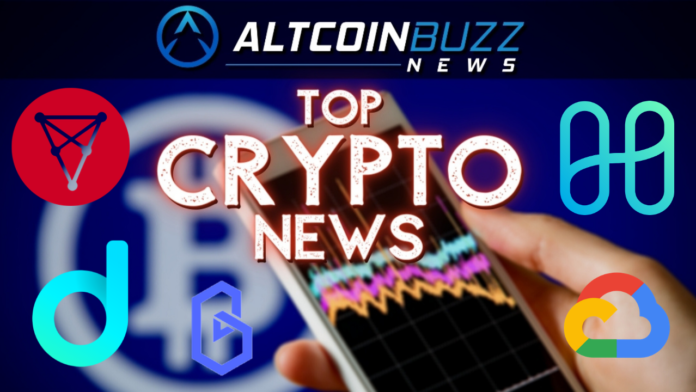 After making an all-time high of $64,804, Bitcoin underwent a correction and is now trading at $63,412. Meanwhile, the second-largest cryptocurrency, Ethereum, is making a new daily high and is trading close to $2,538.

Let’s find out some interesting crypto news for today.

Rakuten Europe partnered with Chiliz to expand their Fan Tokens. Socios.com is a fan engagement platform that creates Fan Tokens on the Chiliz blockchain. With this collaboration, Rakuten members can redeem some of the biggest and famed Fan Tokens of sports clubs utilizing Rakuten Points. Further, the team is working out to integrate both platforms to design a place where users can enjoy lucrative deals swiftly. Besides this, users can also enjoy a lot of other facilities from Socios.com such as collectibles, voting rights, VIP rewards, and many more. Rakuten offers a variety of services across Europe such as shopping, communications, and digital content. Hence, this coalition helps members to enjoy everyday shopping while earning lucrative rewards. On the other hand, it would help Chiliz to expand its Fan Tokens and entice new users.

Harmony partnered with SWFT Payment Network to expand the usage of ONE as a digital payment. The SWFT blockchain is a next-generation cross-chain swap protocol and payment network. Its upgraded technology unites blockchain, machine learning, and big data to enable direct swaps between different cryptocurrencies. With this integration, users can swap ONE with over 300 cryptocurrencies on SWFT’s DeFi Swap platform. Besides this, users would get access to services such as ONE swaps, red packets, and payments. In addition, Harmony users can apply the ONE token to more applications while utilizing its one-stop cross-chain transfer solution. Additionally, this would also expand the usage of ONE with some of the big giants, such as WeChat, Alibaba, and Baidu.

Google Cloud announced the integration of Band Protocol oracles for analysis of real-time Dataset. As per the tweet, Google BigQuery would integrate Band Protocol’s Standard Dataset to get quick access to financial data accurately. Band Protocol is a cross-chain data oracle platform that joins real-world data and APIs to smart contracts. With this coalition, Google Cloud’s researchers and developers would utilize Band Protocol oracles to access the external data sources and other decentralized oracles. In addition, this would also help to enhance the real-time price discovery mechanisms of capital markets accurately.

Dafi Protocol collaborated with Tidal Finance to enhance its dTokens utility. Tidal Finance is an insurance market built upon Polkadot…

Alex Pickard bought his first Bitcoin in 2013. Within a few years, he was all in. "People were still very...

Dogecoin lost more than a third of its price on Sunday, after Tesla chief and cryptocurrency supporter Elon Musk...

You Need To Withdraw Your Bitcoin

A Bitcoin ETF is coming, whether you like it or not. Image sourceYou might be excited at the stamp...

How New Cryptocurrency Chia Aims to Rival Bitcoin With Sustainability

Chia is one of the newest cryptocurrencies on the internet. While this itself probably wouldn’t warrant your attention, what...