Caution, the crypto sector is getting a bit overheated in the short-term


It’s been a massive rally over the last 15 months in the crypto sector since bitcoin bottom at US$3,800 on March 13th, 2020. reaching price at around US$65,000 bitcoin saw a price explosion of more than 1,600%! Now however the sector seems ripe for some form of a healthy pullback and a breather. Bitcoin – Caution, the crypto sector is getting a bit overheated in the short-term! 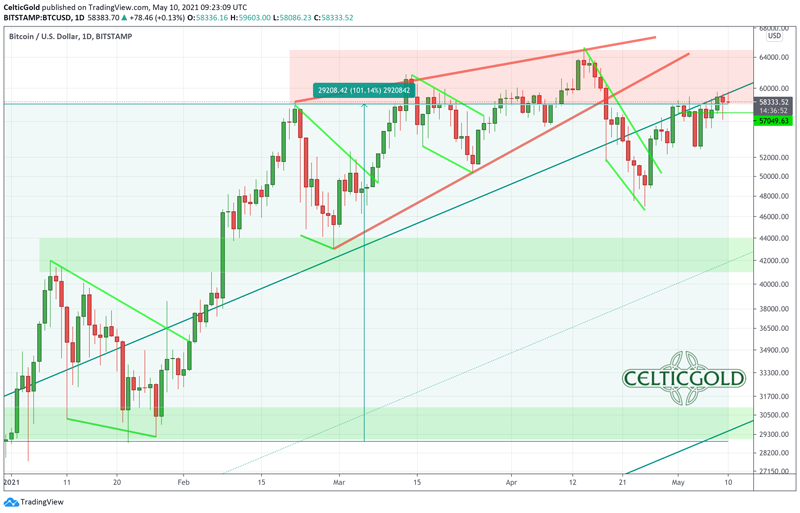 Bitcoin year to date, Daily Chart as of May 10th, 2021. Source: Tradingview

Since the beginning of the year, the price of Bitcoin has increased by almost 100%. Thus, the outperformance of Bitcoin compared to almost all other asset classes continued mercilessly. It seems as if bitcoin, or rather the crypto sector, wants to suck up everything like a black hole.

However, the Bitcoin markets have also been witnessing an increasingly waning momentum since late February. In particular, the pace of the rise had slowed down more and more since prices pushed above US$60,000 in March for the first time. Although another new all-time high was reached on April 14th at around US$65,000, the bulls are showing more and more signs of fatigue after the spectacular rally. Interestingly enough, this last new all-time high coincided exactly with the stock market debut of Coinbase.

Only a few days later, a significant price slide down to just under US$50,000 happened, which was caused by a huge wave of liquidations. According to data provider Bybt, traders lost a total of more than US$10.1 billion that Sunday through liquidations forced by crypto exchanges. More than 90% of the funds liquidated that day came from bullish bets on Bitcoin or other digital currencies. In this regard, the world’s largest crypto exchange Binance was at the center of the earthquake with liquidation worth nearly US$5 billion. As the price of bitcoin fell, many of these bets were automatically liquidated, putting further pressure on the price and leading to a vicious cycle of further liquidations. Many (especially inexperienced) crypto traders were wiped out without warning. 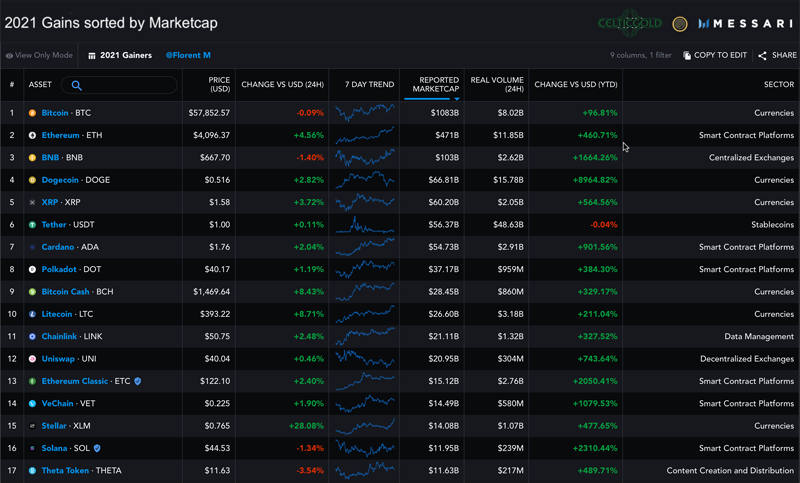 After a quick recovery back to US$56,000, bitcoin continued its correction and fell back to US$47,000 by April 25. Since then, it has managed a remarkable recovery, as the bitcoin bulls are trying hard to restart the uptrend. So far, this recovery has at least reached a high of US$59,600. Nevertheless, the price development of bitcoin remains rather tough until recently, while numerous altcoins and so called “shitcoins” experienced incredible price explosions in recent weeks.

The exciting question now is whether the current recovery remains just a countermove within a larger correction or whether the turnaround has already been seen and Bitcoin is therefore on the way to new all-time highs?

Technical Analysis For Bitcoin in US-Dollar 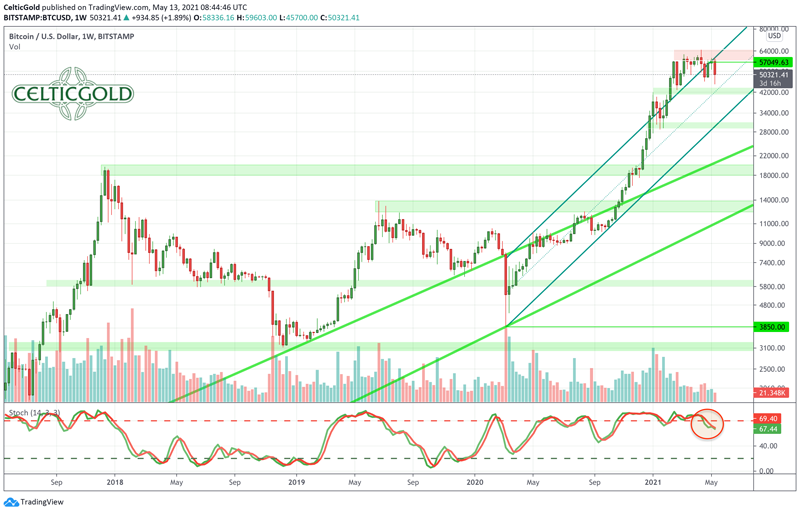 Read more:Caution, the crypto sector is getting a bit overheated in the short-term

United Kingdom regulator Financial Conduct Authority (FCA) found an "increase in ownership but a decline in understanding of" cryptocurrencies...

3 reasons why Ethereum may underperform Bitcoin in the short-term Ether (ETH) price outperformed (BTC) by 173% from March...

How Does Bitcoin Work? – Tech Guide

In March 2021, Bitcoin reached an all-time high that again made this world’s first and most popular digital currency...

An Overview Of Bitcoin’s Cryptography

I’m going to talk about the security behind Bitcoin addresses and keys, called Public Key Cryptography. This includes SHA256,...

The world’s biggest cryptocurrency, bitcoin, failed to break out from the $40,000 level this week, and after four days...