Some things never change… and smart investors use that to their advantage. 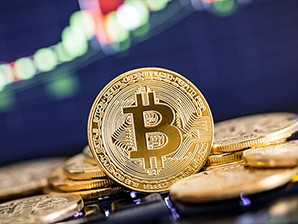 I’m guessing you’ve never heard of Richard Wyckoff. After all, he was born 148 years ago and died 87 years ago.

What the heck could someone who passed away more than 80 years before Bitcoin (CCC:BTC-USD) was even developed teach us about cryptocurrencies today?

Turns out… a lot.

Richard Wyckoff is one of the original fathers of technical analysis. He was a pioneer in this approach to studying the market, and even though his work goes back to the early 1900s, it provides a valuable framework for analyzing Bitcoin and altcoins.

Especially right now when the price action in Bitcoin has been pretty lousy the last couple of months.

Let’s take a look at what that volatility is telling us about the present and the future through the eyes of someone who lived a century ago. It’s fascinating, and it could help you make a lot of money…

Over the course of his career on Wall Street, Richard Wyckoff observed individual investors getting repeatedly fleeced by larger institutions. The big money almost always traded against the little guy, and it almost always won.

Told you some things never change.

I hear from investors all the time who think the game is rigged against them… and they’re not wrong in many cases.

I’m not happy about that, and neither was Wyckoff. He spent the greater part of his life hoping to level the playing field by instructing individuals about “the real rules of the game” as played by the big money. If that sounds like a modern-day newsletter service, you’re right. He was the founder of The Magazine of Wall Street and editor of Stock Market Technique.

The titles may be bland, but he was on to something.

Wyckoff focused on the factors that most affect price action, including supply and demand, volume, and emotion and psychology. He realized that individuals were almost always buying and selling at the worst times.

That should sound familiar, too.

To help understand the “game” and price movements, he came up with an imaginary person he called the Composite Man.

…[A]ll the fluctuations in the market and in all the various stocks should be studied as if they were the result of one man’s operations. Let us call him the Composite Man, who, in theory, sits behind the scenes and manipulates the stocks to your disadvantage if you do not understand the game as he plays it; and to your great profit if you do understand it.

And that’s why we can learn a lot about Bitcoin’s price action from someone who died long before computers were even thought of, much less cryptocurrencies.

The same dynamics and patterns existed then, and they exist now in markets with institutional investors involved.

Below is a schematic of a Wyckoff accumulation event — a buying phase in which an asset’s price increases after selling off. The important takeaway is that the buying phase happens when individuals are…

Read more:Here’s What We Can Learn About Crypto From the Father of Technical Analysis