At first thought, the ongoing discussions among politicians regarding a large infrastructure bill shouldn’t have anything to do with Bitcoin (CRYPTO:BTC) or any other cryptocurrency. But after the U.S. Senate voted yesterday to advance formal negotiations on an approximately $1 trillion infrastructure package, cryptocurrencies became part of the discussion. That vote is one of the reasons Bitcoin, Ethereum (CRYPTO:ETH), Dogecoin (CRYPTO:DOGE), and Ripple (CRYPTO:XRP) are lower today. The cryptocurrencies opened down between 2% and 5%. As of 9:45 a.m. EDT, Bitcoin, Ethereum, and Dogecoin were less than 1% lower, while Ripple was still down 3.5%

Last night, the Senate voted 67–32 to advance the bipartisan infrastructure bill. The vote included 17 Republicans agreeing to move the legislation forward. In addition to the news related to a new tax, retail investors are eyeing today’s initial public offering (IPO) of retail brokerage Robinhood (NASDAQ:HOOD), which allows trading of Bitcoin, Ethereum, Dogecoin, and other cryptocurrencies. 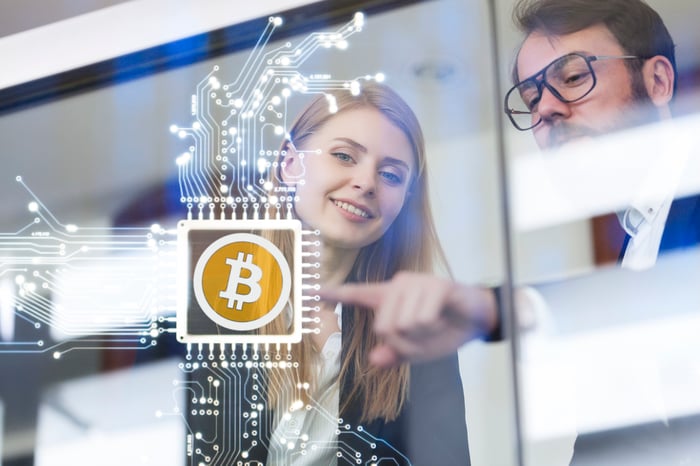 The deal that is moving the infrastructure package forward includes imposing stricter rules on cryptocurrency investors that would collect new taxes, raising about $28 billion, according to Bloomberg. The money would be used to partially fund about $550 billion in spending on transportation and the power grid.

Specifically, the new rules would require businesses to report cryptocurrency transactions valued at more than $10,000 and would also require brokers to report transactions involving digital assets to the Internal Revenue Service.

Robinhood, which will begin trading publicly today, is a cryptocurrency broker that caters to retail investors. That demographic has also been active in trading cryptocurrencies. Today’s IPO will further raise Robinhood’s public profile. Cryptocurrencies also reacting to the potential new tax rules should result in more active trading of the currencies in the short term, including today’s downward moves.

This article represents the opinion of the writer, who may disagree with the “official” recommendation position of a Motley Fool premium advisory service. We’re motley! Questioning an investing thesis — even one of our own — helps us all think critically about investing and make decisions that help us become smarter, happier, and richer.